X ANNIVERSARY OF THE DEATH OF MANIECKI 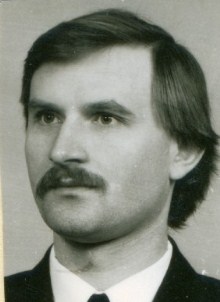 “Henryk was a very charismatic figure. Full of vigor with the enormous sense of humor, he made friends easily and got a real social life all over the world. He was an open and spontaneous person, very friendly with a large dose of fantasy. These attributes made him well-known person. It is impossible to enumerate his sympathizers, who loved to stay in his fellowship. His love to folklor, passion and enthusiasm for it was striking. He was very creative, with a head full of ideas. He was organizing social meetings where he shared his plans. These meetings usually lasted till dawn, talks about folklore were endless. His favorite sayings and phrases still live in us, just as memory of him is always alive”  – these words belong to Elżbieta Kujawa and Henryk Kujawa, the dancers of “Wielkopolanie”.

On 19 March was held a Mass in the Conversion of St. Paul Church in Pozna

ń, commemorating the tenth anniversary of the death of the folk group ex-manager. Henryk Maniecki from 1983 to 2002 was leading the group “Wielkopolanie” and “Cepelia-Poznań” (folk group of younger dancers), which he founded in 1989. As a director and choreographer, he was example to follow by many young people and people bound with culture. Dancers of both groups in a solemn manner participated in the Mass. They gathered to hear the most beautiful religious songs which were also played by the youngest in the flutes and ocarinas. In the tenth anniversary of the death, former and current dancers founded a commemorative plate of Henryk work, which was embedded in his grave at the Górczyński Cemetery in Poznań.