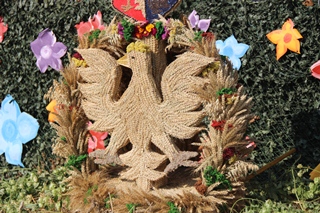 th a solemn mass in a local church in Mieścisko town.

Subsequently participants formed colorful Harvest parade and passed streets of Mieścisko up to the sport stadium where rest of ceremony continued. Mayor in his opening speech greeted all of invited guests, citizens of whole commune and special thanks sent to farmers for their hard work for Polish economy.

“Wielkopolanie” which presented in front of numerous audition dances from Rozbark, Bytom and Spisz areas of Poland closed by national dances of Poland.

After this performance cultural and sport heritage of Mieścisko commune was presented. There was also results of “Najciekawszy ogródek sołecki” competition announced. Harvest festival and St. Michaels Archangel Fair ended with a performance of “Duet Marek i Grzegorz” music group.