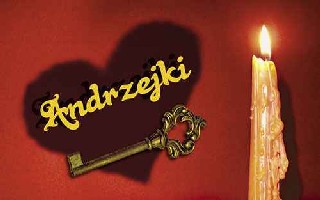 On November 27 there was a party organized by Folk Group “Wielkopolanie”. Once again, everybody spent a great time during the party and the hall was filled to the brim.
Our current and former dancers, our music band, our families and closest friends had fun with music produced by DJ Fąfer. Such a party was a great time to relax, think about old time days and maintain ties with the current group members.
It’s tradition to make an omens, so everybody could find out what happen in the new year, who will meet happiness and who can count on a pleasant surprise. Among the guests, there were also several Andrews, everybody wished them all the best.
Group presented special chants, after that, everybody could singing a songs together. In addition Mr. Włodzimierz Scholz, who is former dancer sang and yodel during party. Everybody enjoyed him – the applause was so loud. In spite of the fact that different generation has met on the hall, there was no person who hasn’t got smile on his face.
Everybody had fun till early morning hours.
January 1st 2009 is coming soon, so our group invites you to carnival ball, as always, dancers will provide plenty of attractions for you and you will have a chance to see a photo exhibition from our 2009 travels.
However, Folk Group “Wielkopolanie” is not resting, because at the end of the old year, they are going to present themselves, taking part in the International Folk Festival on the Island of Malta. Preparations are being made!