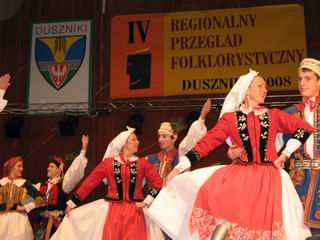 Prospect was organized at 4th and 5th of October 2008 by Regional Public Library and Center of Culture Animation in Poznan.

in choreography of Leszek Rembowski, with music written by Stanislaw Horbik.

noted their skill very high, giving them highest award of IV Regional Prospect.“Wielkopolanie” received given award with great enthusiasm. However, they don’t have much time to rest. During the October they’ll present themselves at over 100 performances in whole Wielkopolska region – what is more, at November they are going to folkloristic festival in India.