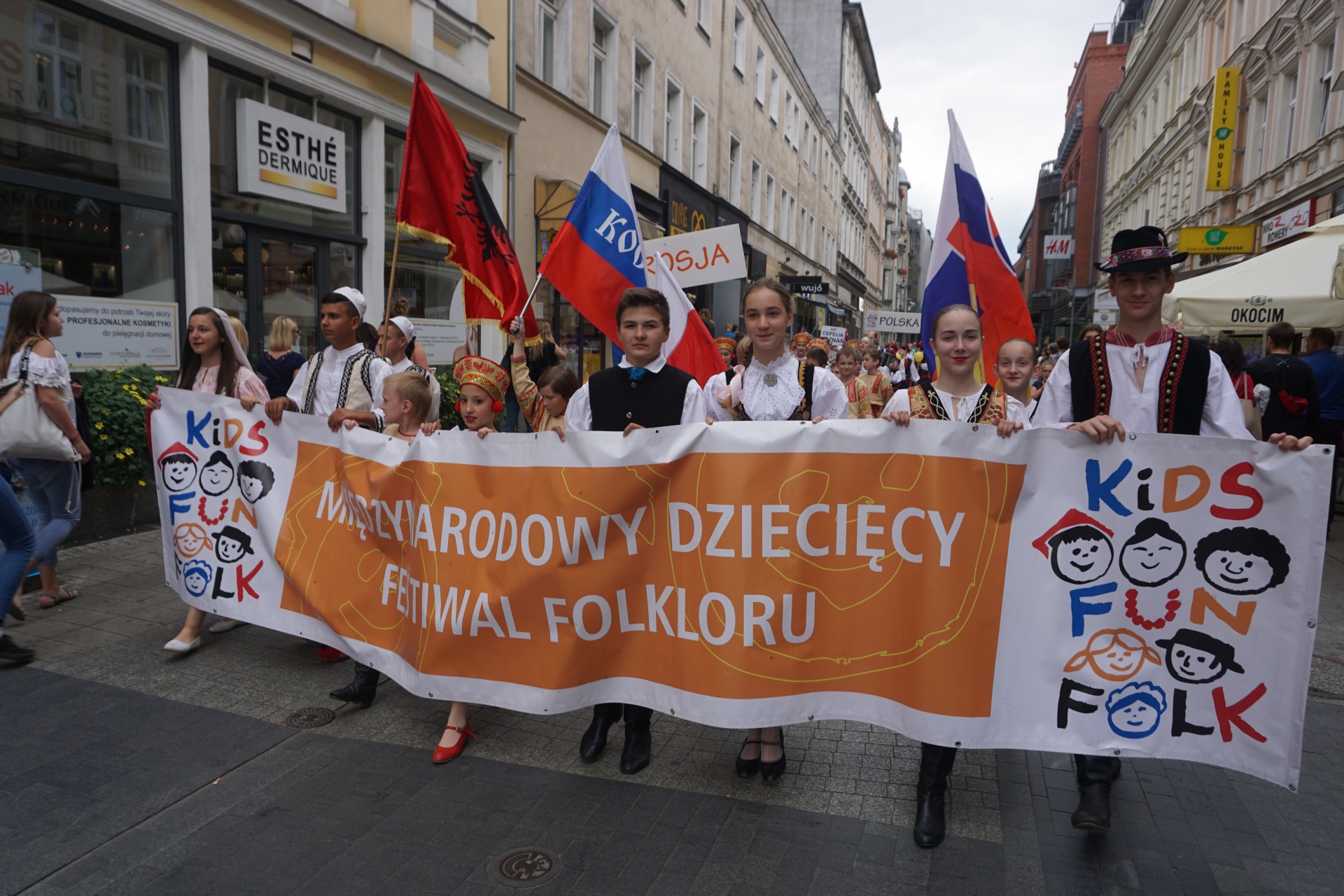 From 19 to 24 June the Folkloristic Group “Wielkopolanie” was
co-organizer of the XIth International Children’s Folklore Festival “Kids
Fun Folk 2018 “.
This is the ninth time the Association of People’s Culture People’s Sympathizers “Open up
to folklore ” organized this festival in Poznan. This year’s edition of the dance and music feast hosted around 200 small artists from Albania, Russia, Poland and Slovaki. Our country was
represented by folk dance group “Cybinka – Grodzisk”, Folkloristic Ensemble
“Mail Poligrodzianie” and such a close to “Wielkopolanie” Children Folkloristic Group
“Cepelia-Poznań”- co-organizer of the festival.
The festival took place under the honorary patronage of the Marshal of the Voivodship
Wielkopolska- Marek Woźniak and the President of the City of Poznań- Jacek Jaśkowiak.
The participants of the festival presented the beauty of their folklore on the stage in Wilson’s Park, Suchy Las, schools in Konarzewo and Suchy Las.
On the 23rd of June, a “Festival Town” was founded in Poznań, near the Warta lake where the citizens had an opportunity to take part in folk crafts workshops, buy hand-made items, see the dances from different parts of the world by watching them on the stage and also actively participating in them after all performances. There was also an exhibition of children’s paintings called “Child in folklore of the world”.
Dancers of the Folkloristic Group “Wielkopolanie”, as well as in previous years, very actively contributed in the festival’s organization. Some of them were guides and translators of the foreign
groups, others created technical support and others as volunteers, helped in all festival events.
Dancers not only significantly contributed to the organization of this event, but also formed many valuable friendships with guests from all invited countries. The organizers of the festival, the “Open Yourselves to Folklore” Association, as well as in previous years, express great gratitude for all help and hope for future cooperation with members of the group.”Wielkopolanie” always, with great enthusiasm and joy
voluntarily support initiatives aimed at spreading the beauty of folklore. 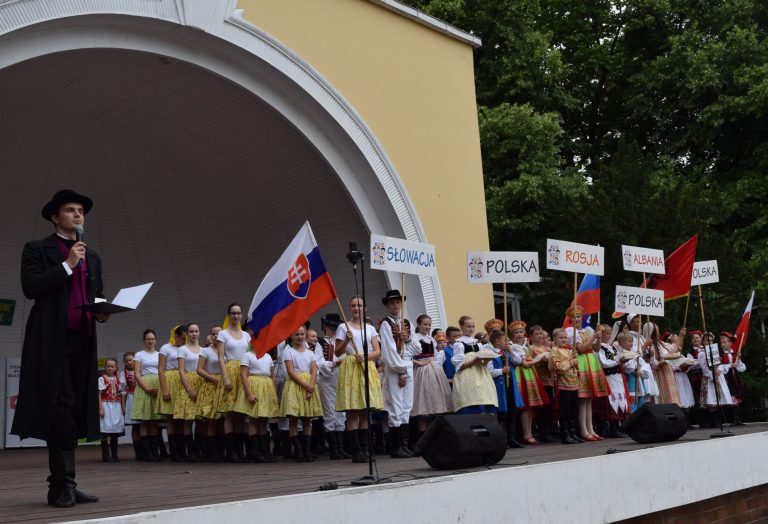 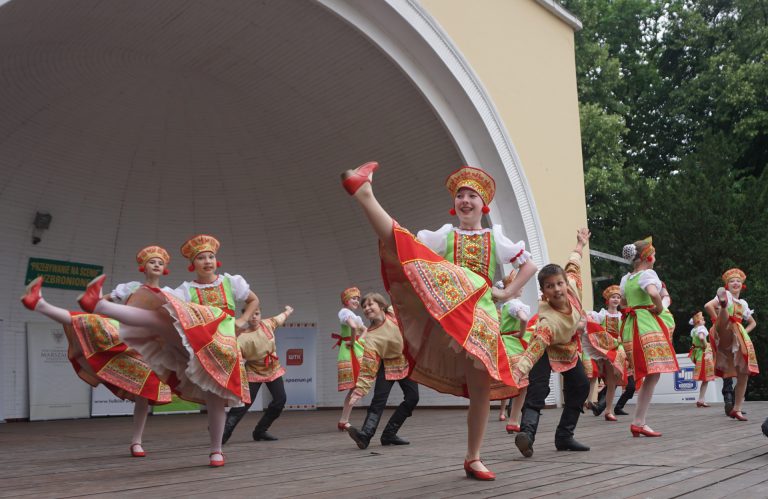 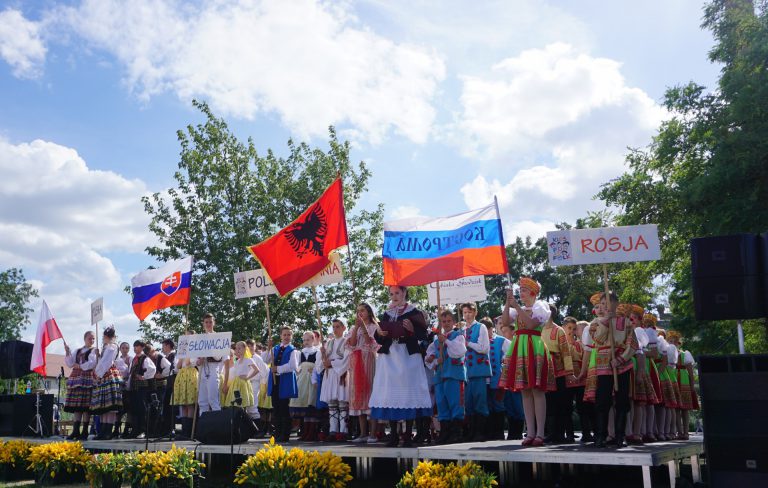 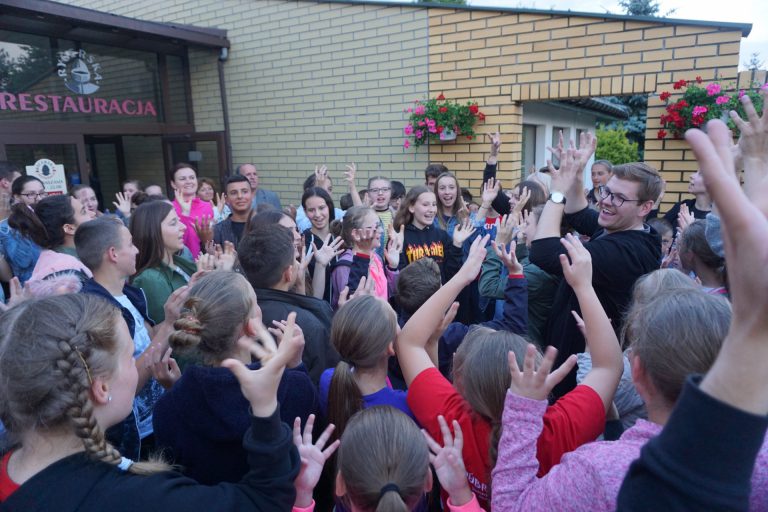 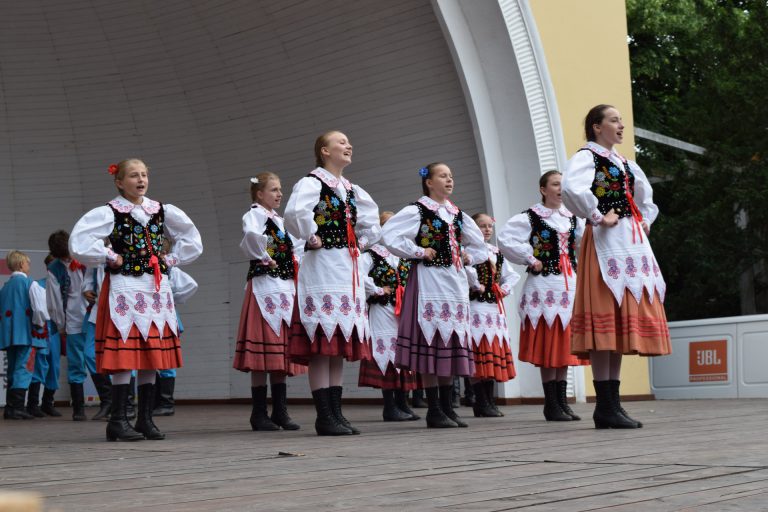 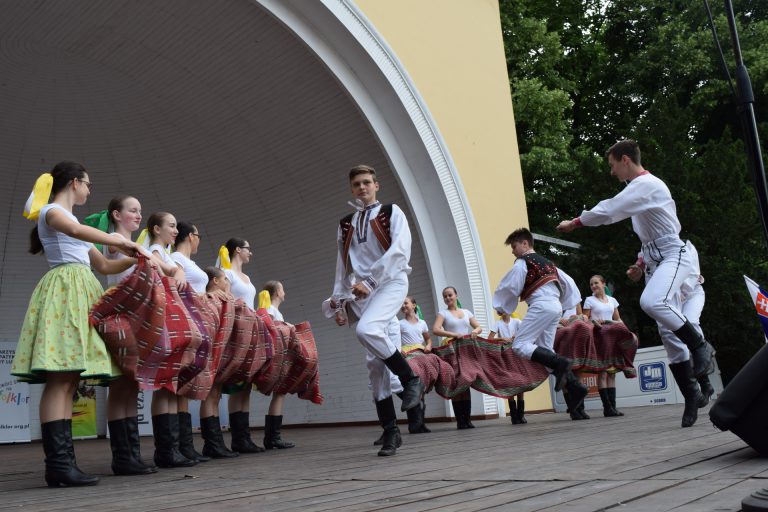 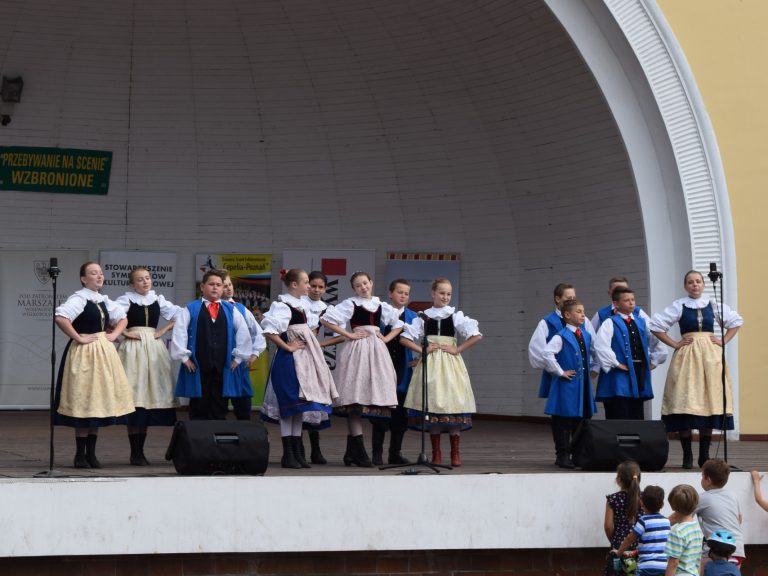 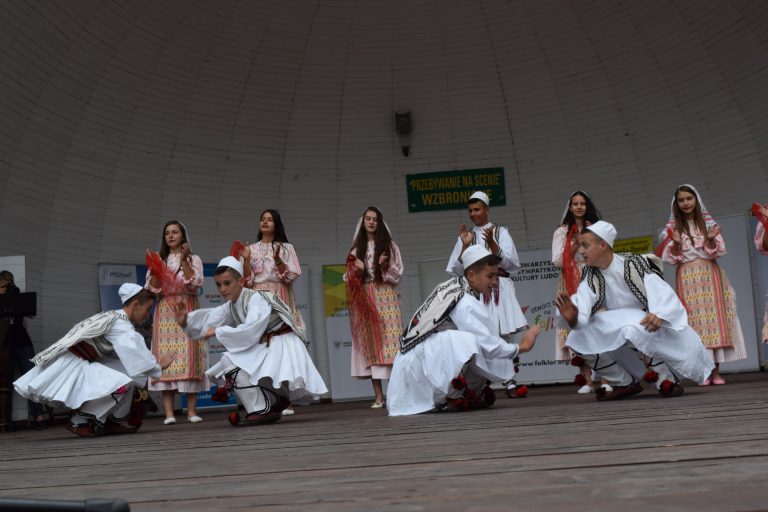 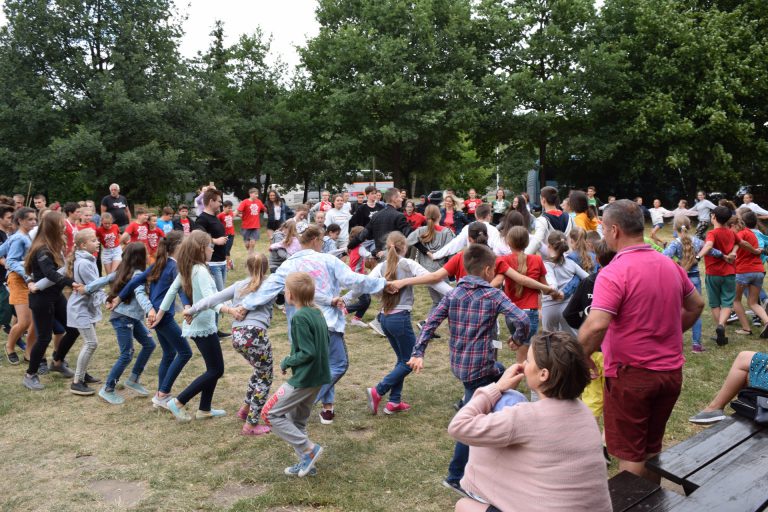 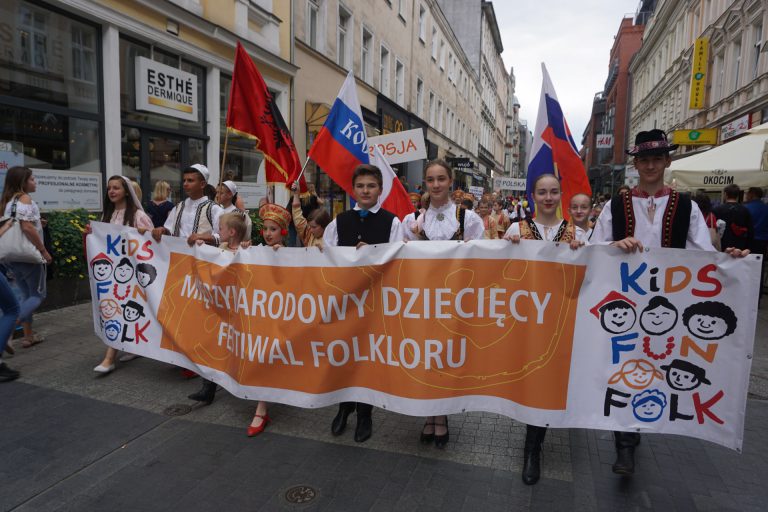 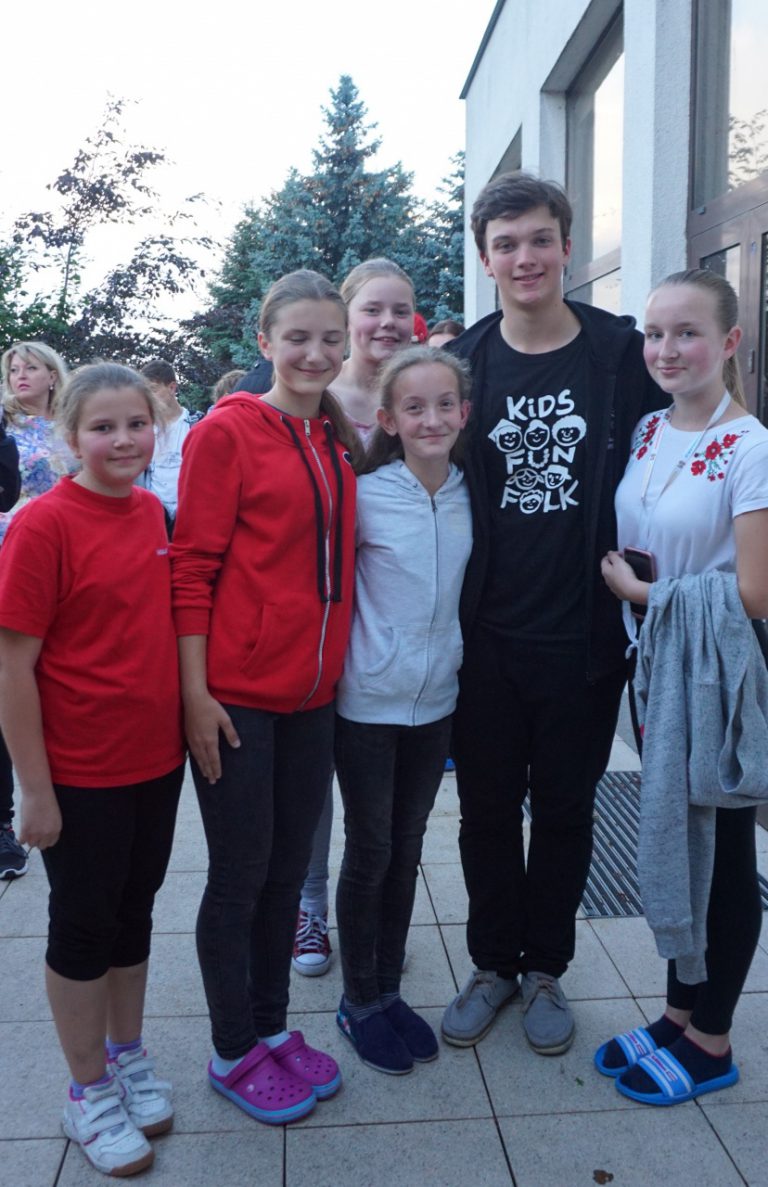