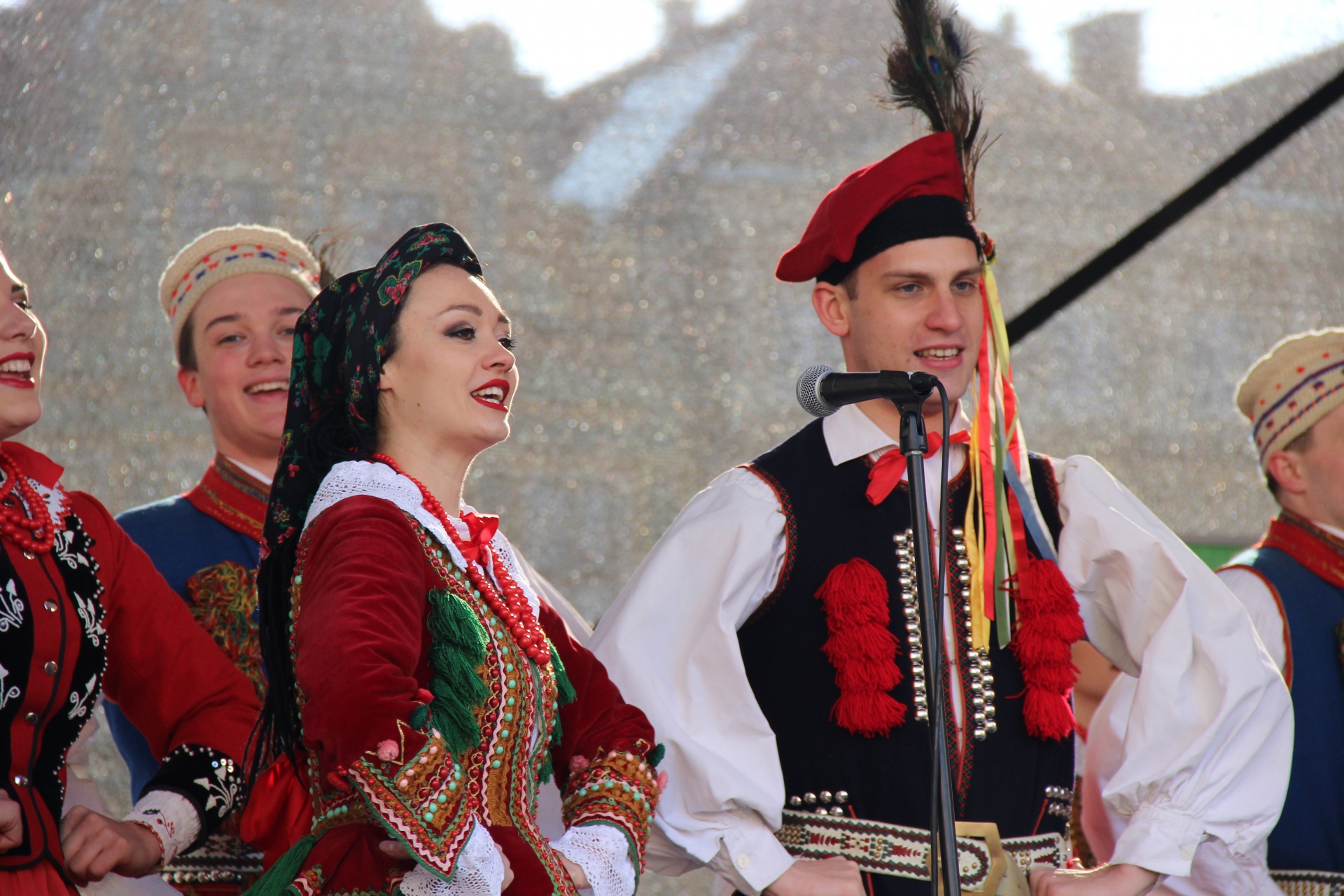 For many years, the Folkloristic Group “Wielkopolanie” has been cooperating with the Society of Vilnius and Vilnius Land Lovers in Poznań, participating in many events organized by them. This year, on March 4, they took part in the Vilnius Kaziuk held on the Old Market Square in Poznań. A feast in honor of the patron saint of Poland and Lithuania, Kazimierz the King of the Jagiellon family, celebrated its anniversary – it was organized in Poznań for the 25th time.
The origins of Kaziuk, and therefore the  fair in Vilnius, date back to the 17th century. They were always celebrated most vigorously in Vilnius: in the cathedral there were solemn services, in which the Vilnius people participated extensively, pilgrims from all over Lithuania came to the city for this ceremony. In 1994, the members of Vilnius and Vilnius Land Lover Society came up with the idea of ​​organizing a Kaziuk fair in Poznań, and Kaziuki have been held every year in the capital of Wielkopolska and have enjoyed great popularity since then.
Kaziuk Wilenski attracts crowds of Poznań residents every year to the Old Market Square, not only those who are lovers of borderland culture. At the fair, you could find, among others regional specialties including, for example, bread and meats, as well as Easter products – both food and decorations. There were plenty of pancakes, kindziuks, bagels, cepelinas, black bread, handicrafts, Easter palms and baskets.
This year’s event began with a solemn Mass concelebrated under the leadership of Lithuanian bishop Jonas Ivanauskas.
The Poznań Town Hall for this occasion was ceremonially decorated, and on the loggias King Kazimierz and his courtiers sat. The Vilnius and Poznań bugle callers were listened to, as well as the numerous assemblers who watched performances by Lithuanian and Polish ensembles, including Solczan z Solecznik, Kapela Wieleńska, Swarzędzka Kapela Flażoletowa and Folkloristic Group “Wielkopolanie”.
In this year’s program of the team of the Provincial Public Library and the Center for Culture Animation in Poznań, there were dances and chants from the vicinity of Łowicz, Przeworsk, Rzeszów, Krakowiaków Wschodnie and the national krakowiak. Numerous spectators also had the opportunity to dance with Poznań artists. Piotr Kulka, the team leader, taught gathered Wielkopolska dance games including “Szewca”, “Brzuchate”, “Handkerchief” and others.
During this year’s fair, as every year, the organizers awarded the “Żurawina” award, granted to people who especially deserved to promote the borderland culture. This year, a significant distinction was given to sister Michael Rak, the founder of the first hospice in Lithuania. 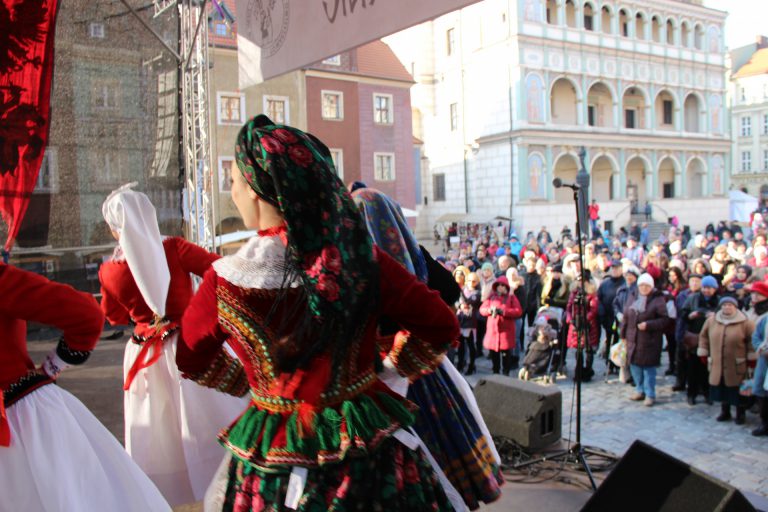 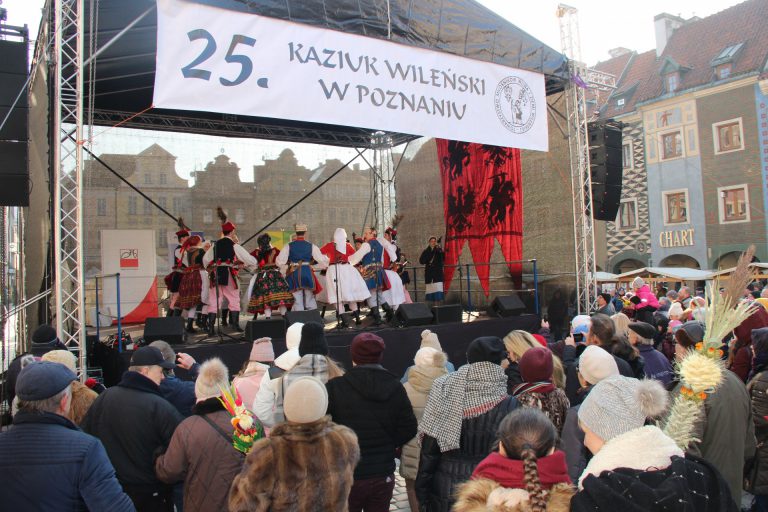 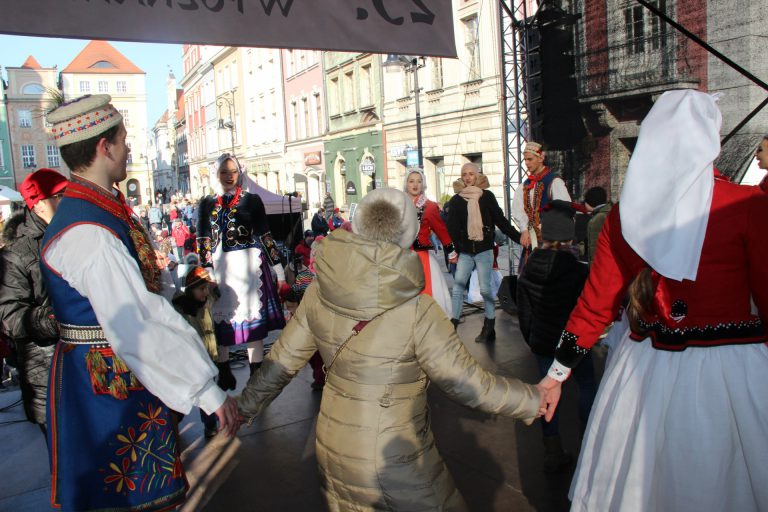 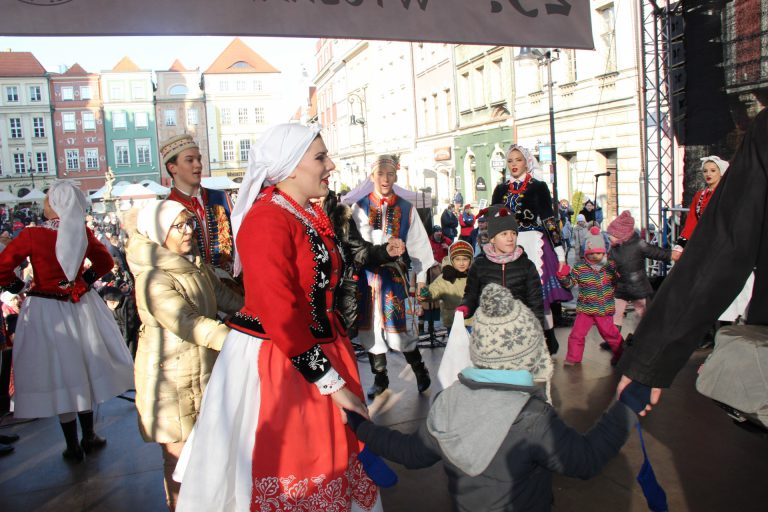 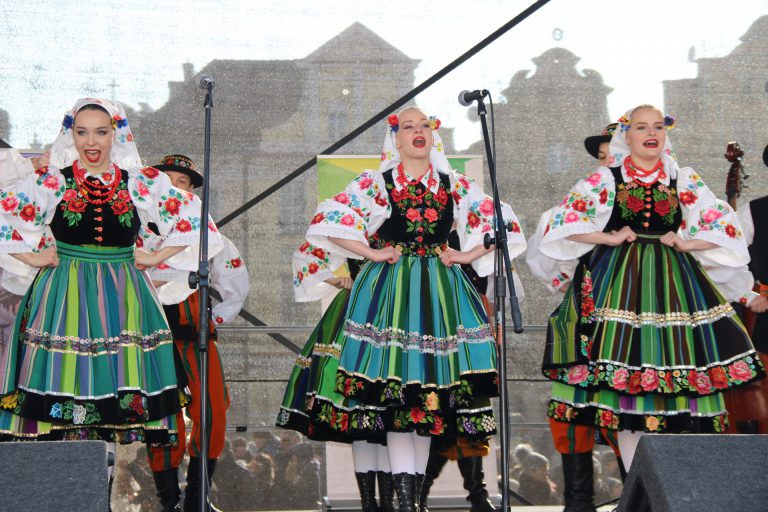 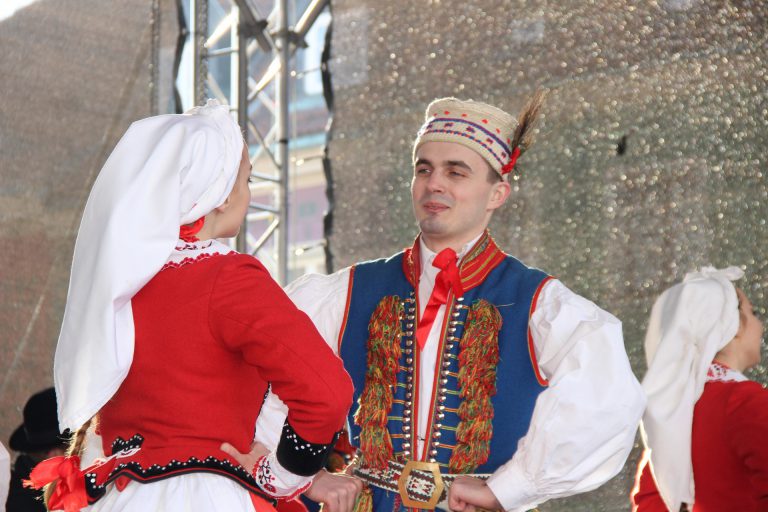 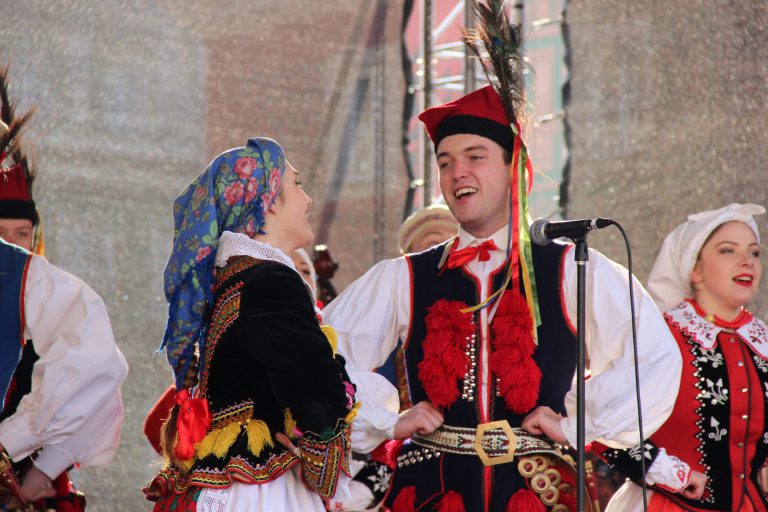 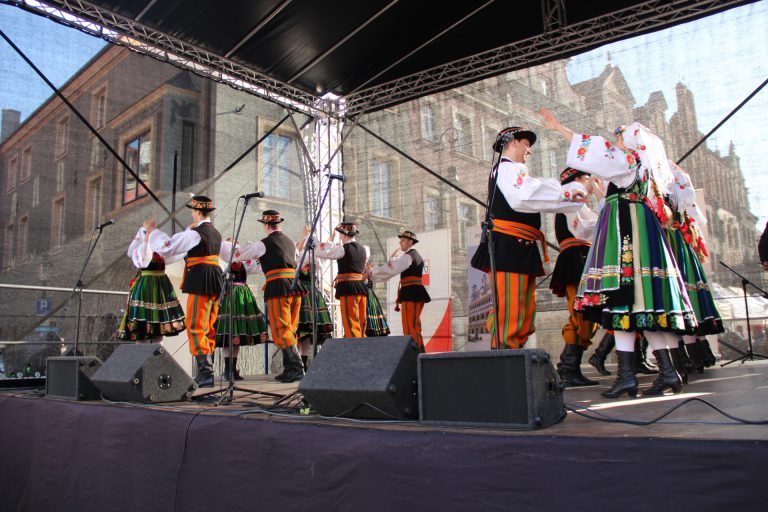 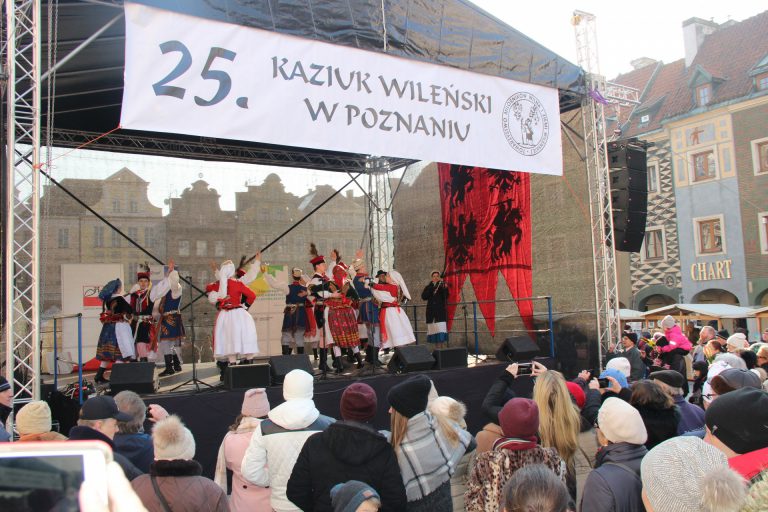 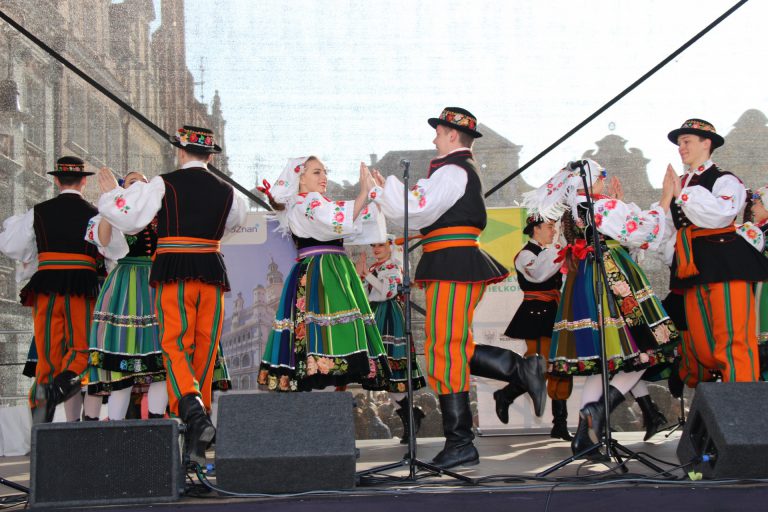 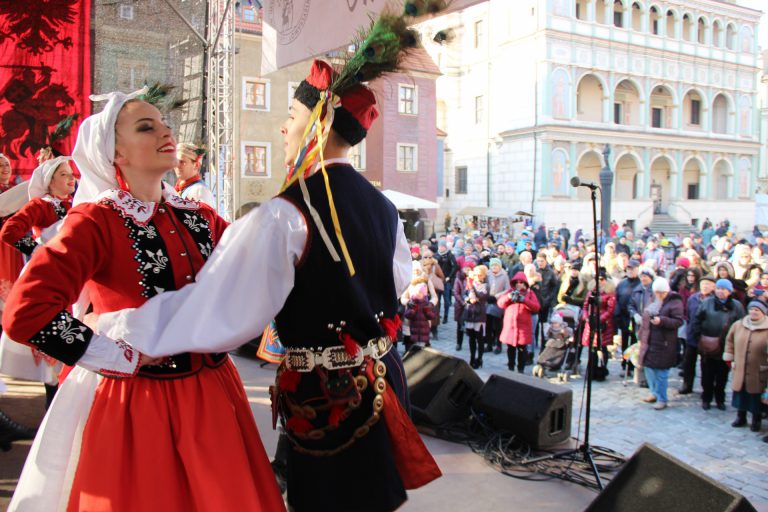 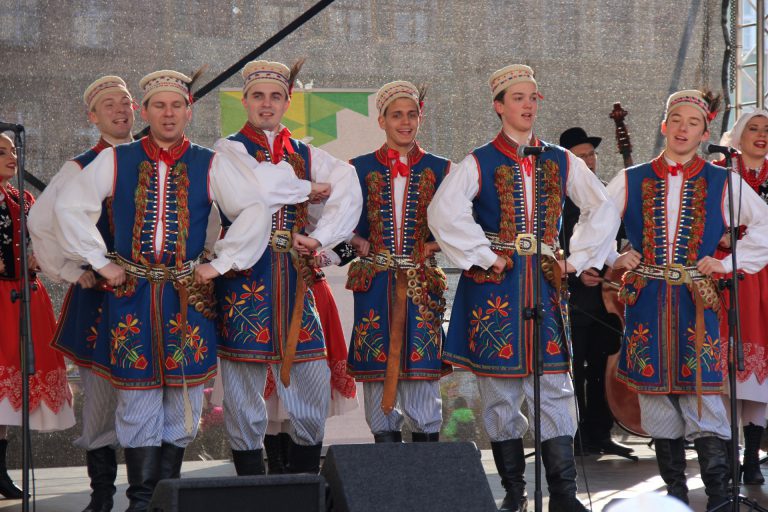 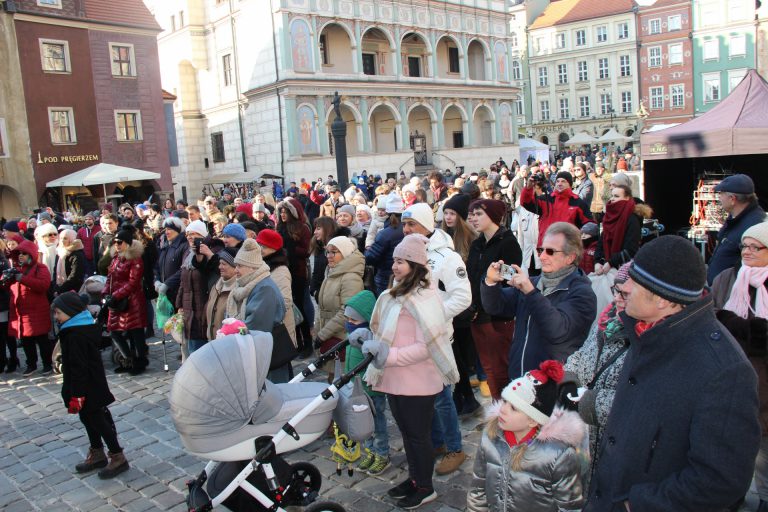 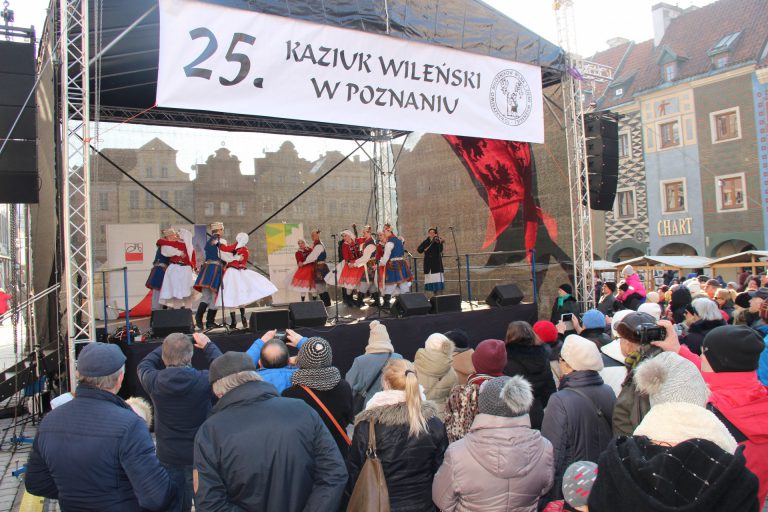 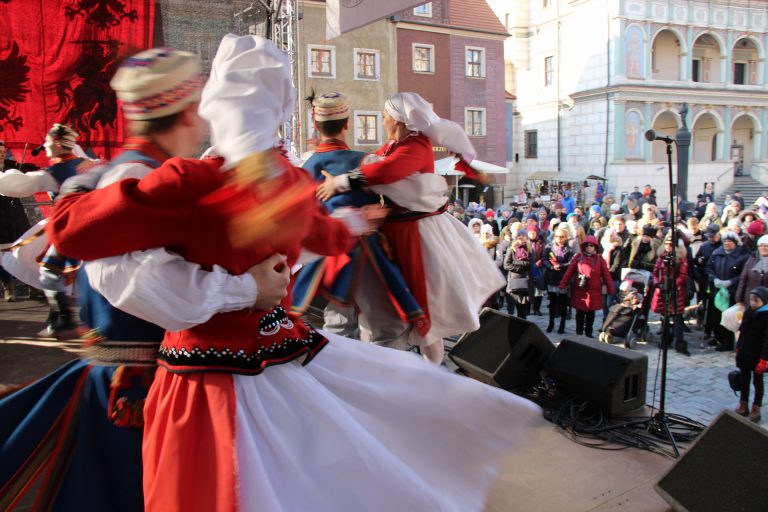 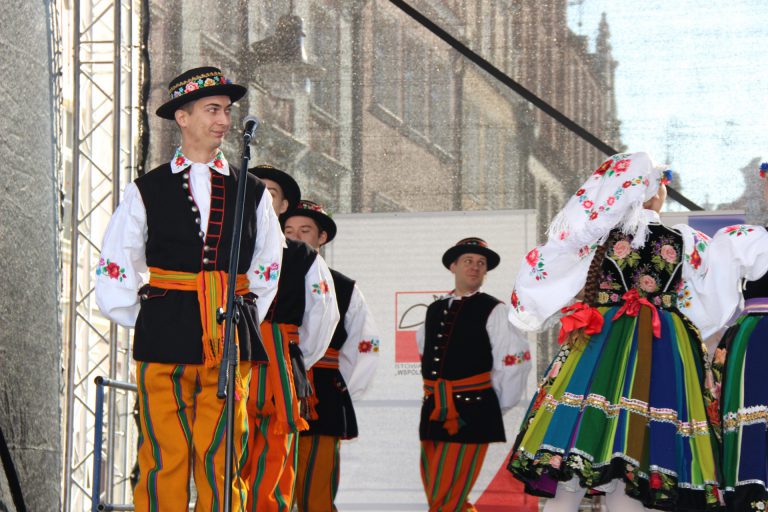 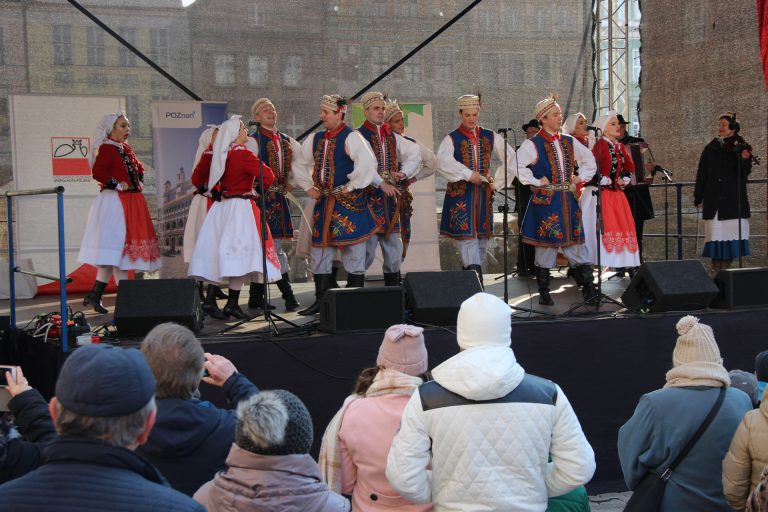 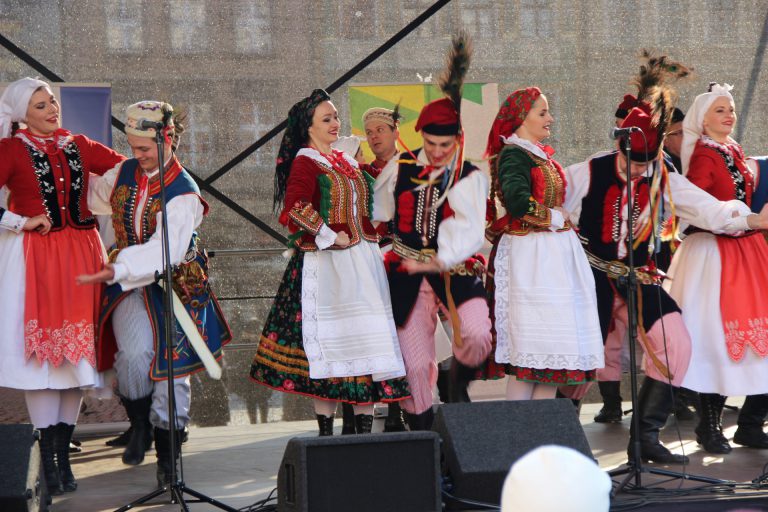 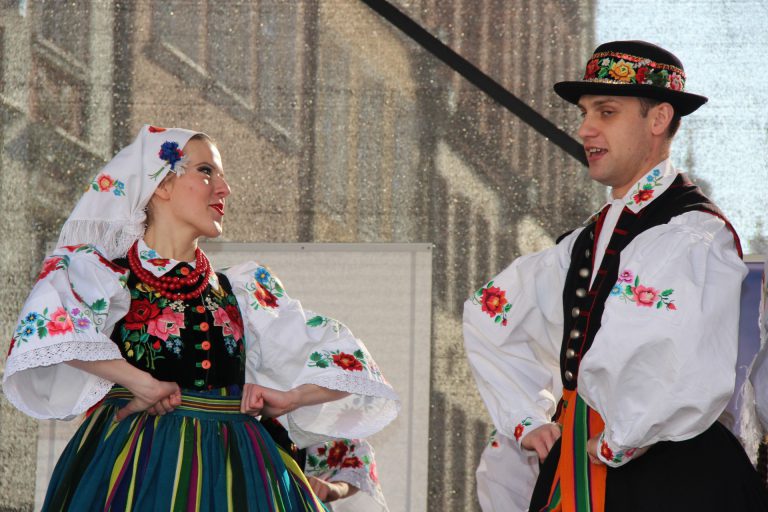 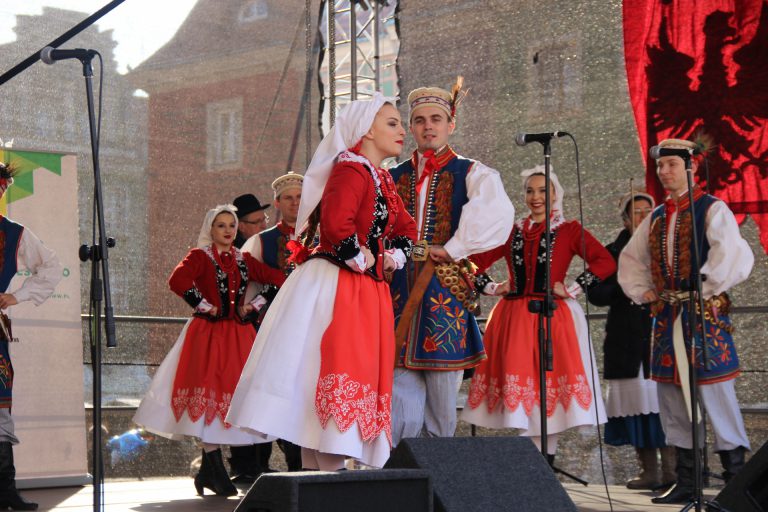 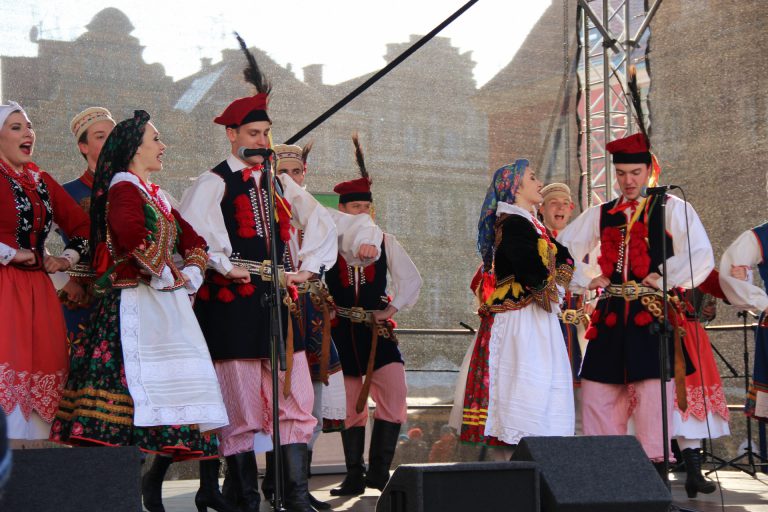 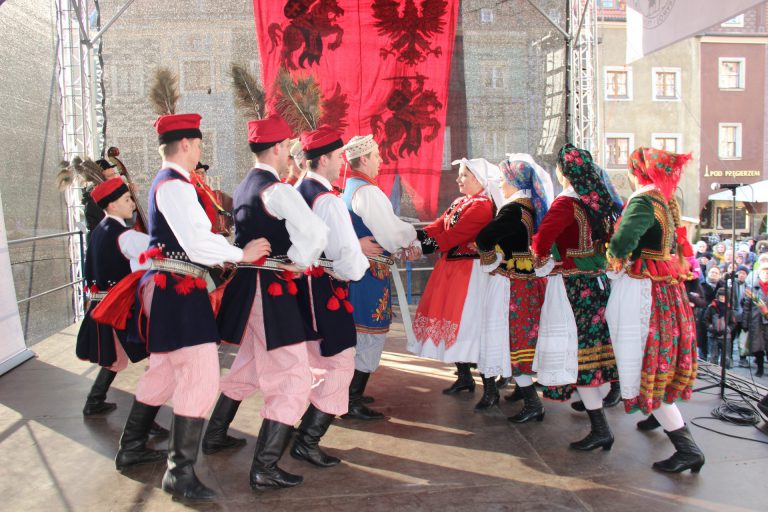 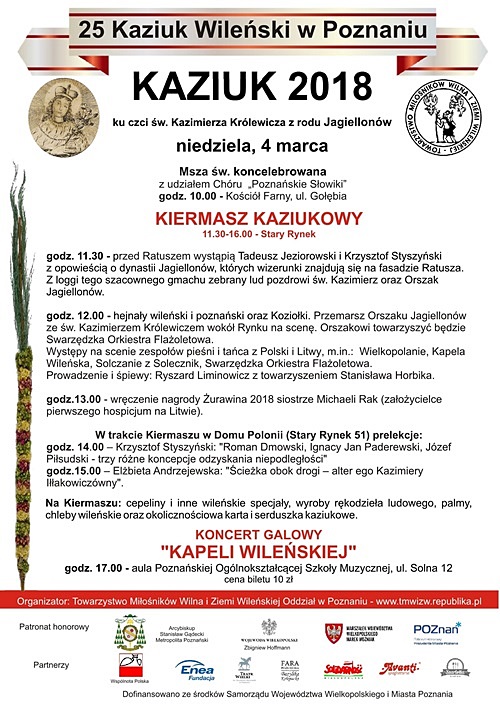