Forge of Tradition at the Competition 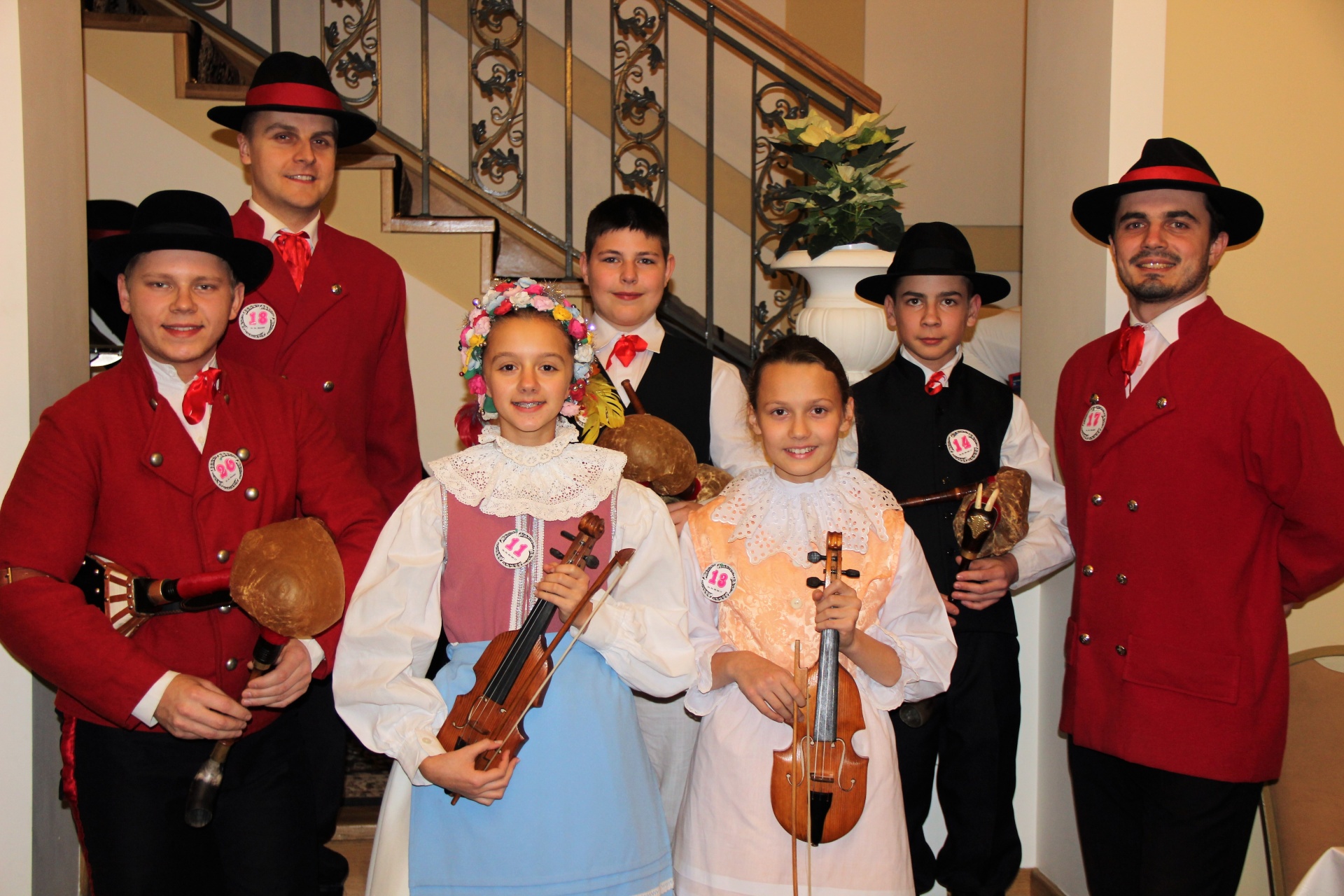 From November 30 – December 1, students of the Forge of Tradition promoted the musical culture of Greater Poland during the XXXIX Shepherd Instruments Competition named after Kazimierz Uszyński. Trip to the competition to Ciechanowiec was the first in the history of the Forge of Tradition founded in January at the Provincial Public Library and Center for Culture Animation in Poznań.
The first competition took place in 1975 on the initiative of Kazimierz Uszyński, who organized the first league competition, for which several performers applied. Over time, their number began to grow, through promotion in the media and inclusion in the competition category – children. Participants in the first competitions are residents of Ciechanowiec and the surrounding villages – Łempice, Wojtkowice, Tymianek, and Trojanówka. Later, they were joined by Kurpie – from Łomża and around Ostrów Mazowiecka. In 1980, the competition was transformed into a nationwide event and from that moment representatives of other regions playing shepherd’s instruments, including Wielkopolska, appear at the competition. The competition has been an international event since 1990. Over the years instrumentalists from Finland, Lithuania, Belarus, Mexico, Australia, Spain, Scotland, Ireland, Germany, Bulgaria, Hungary, Ukraine and Slovakia participated in it.
This year’s competition was attended by students of the Forge of Tradition, educated since January by teachers: Paweł Zawadzki and Piotr Górecki.
All teachers and their students have won awards and distinctions. This is a very big success of Poznań folk artists.
The honorary patronage over the competition was assumed by the Minister of Culture and National Heritage, the Podlasie Voivodship and the Marshal of the Podlasie Voivodship.
Shepherd’s Instrument Games Competition named after Kazimierz Uszyński is the only competition of its kind in Europe that has been supporting the traditional playing of shepherd instruments for 36 years. A competition in which currently over 150 instrumentalists from Poland and abroad take part.