The culture of Lachy Sądeckie 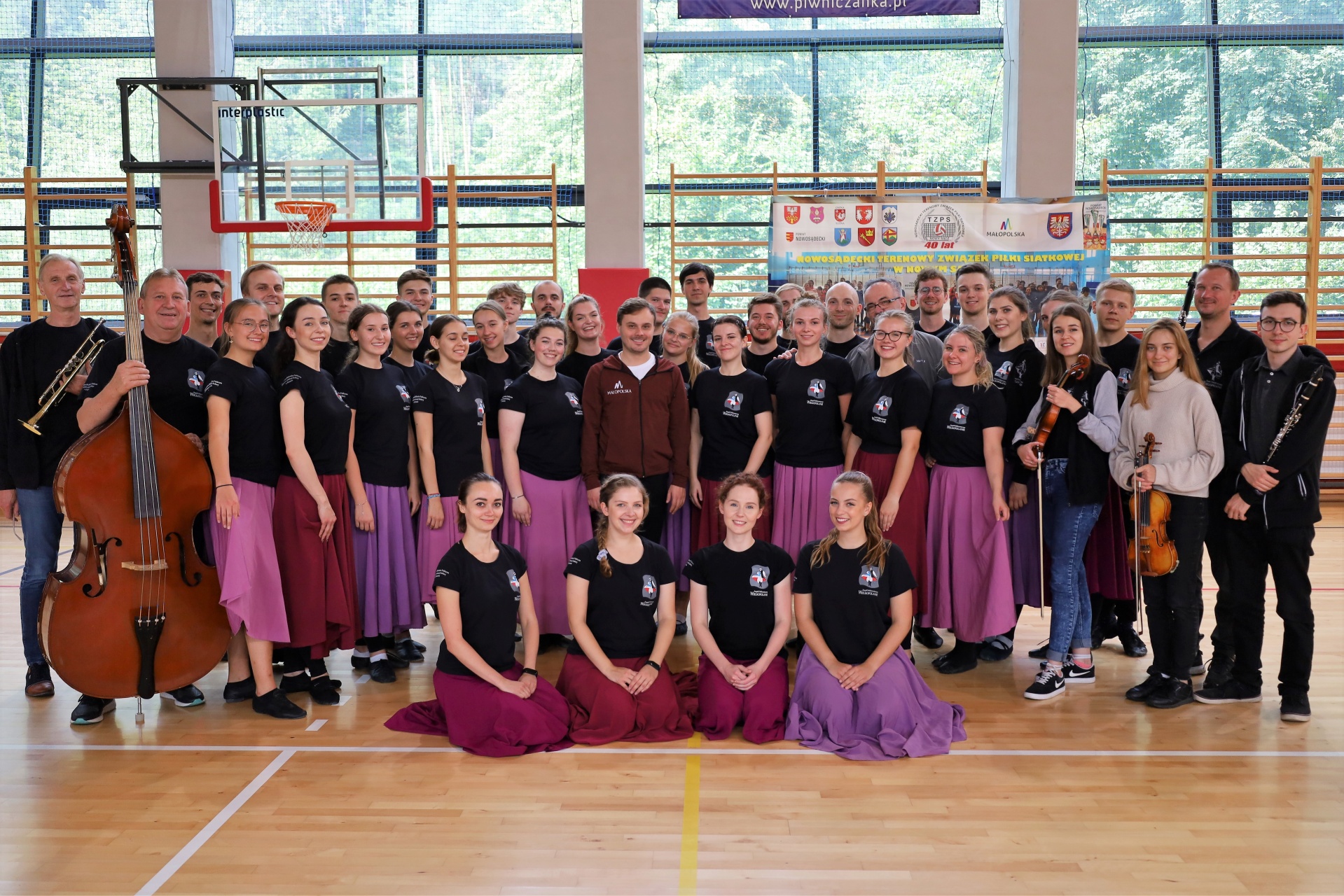 From August 26-29, the dancers and musicians of the group „ Wielkopolanie” participated in training workshops in Lachy Sądeckie in Piwniczna Zdrój. Classes for dancers were conducted by Patryk Rutkowski, ethnologist, regionalist, manager of the Regional Group “Mystkowianie”. During the three-day workshop, artists from Poznań learned about the dances, steps and figures most characteristic of this subregion, often forgotten or recreated during research conducted by Patryk Rutkowski.

Lachy is an ethnographic group which, according to ethnographers, is considered a transition region between the Cracovians and the Carpathian Highlanders. This large group includes: Lachy Sądeckie also known as Lachy Podegrodzkie, Lachy Limanowskie and Lachy Szczyrzyckie. All these groups border the Cracovians from the north, and the highlander groups from the south. The listed regional groups differ the most in their festive clothing, but they also have many similarities, especially in its cut and ornamentation. The similarities and common features are found in some dances. The dancers of all Lachs dance in small steps on a flat foot, with slightly bent knees and an upright body. Most of them dance in a circle, rotating clockwise and counterclockwise, frequently changing the direction of their spinning. They dance spontaneously, stamp their feet and whistle in moderation, they move freely in space, each pair on their own circle line. Throughout the region, the tradition of singing performed primarily by a dancer, before a dance commissioned by music, has been preserved. Among the dozen or so dances that young artists learned in the sweat of their brow, there are Suwana, Blacksmith, Shoemaker, Polka from the leg, Cienta polka, Śtajerka and Krzyżok. Singing classes were conducted by Dominika Szoldrowska, and music was conducted by Damian Cwyner. The workshops were supplemented by meetings with dancers and musicians of the Regional Group “Dolina Popradu” and the Regional Group “Mystkowianie”

“Wielkopolanie” also had the opportunity to visit the Sądecki Ethnographic Park, the largest open-air museum in Małopolska, presenting wooden architecture and traditional folk culture of local ethnographic groups – Lachs, Pogórzans and Sądeckie Highlanders, and ethnic groups: Lemkos, Germans and Gypsies. There are several dozen buildings on the area of ​​20 ha, incl. peasant farms, a 17th century manor house with a unique interior polychrome, a manor farm and 18th century temples: a Roman Catholic church, a Greek Catholic church and a Protestant church. In one of the sectors, the buildings of German colonists from Gołkowice Dolne were reconstructed, and on the edge of the forest a small Gypsy settlement. The exposition of the open-air museum presents the chronological, property and social diversity of the folk culture of the Sącz region, and the knowledge about the region’s tradition is enriched by thematic ethnographic exhibitions: “Izba weselna” and “Lemko Maziarstwo”. The surroundings of the farms with greenery are of a traditional character. The newest attraction is the Galician Town with the reconstruction of a small market square, town hall, tavern, fire station and town houses. Guest rooms and conference rooms can be rented here. In the open-air museum there are cyclical and occasional presentations of old rural crafts, regional cuisine and handicraft workshops, and in summer numerous outdoor folklore events. 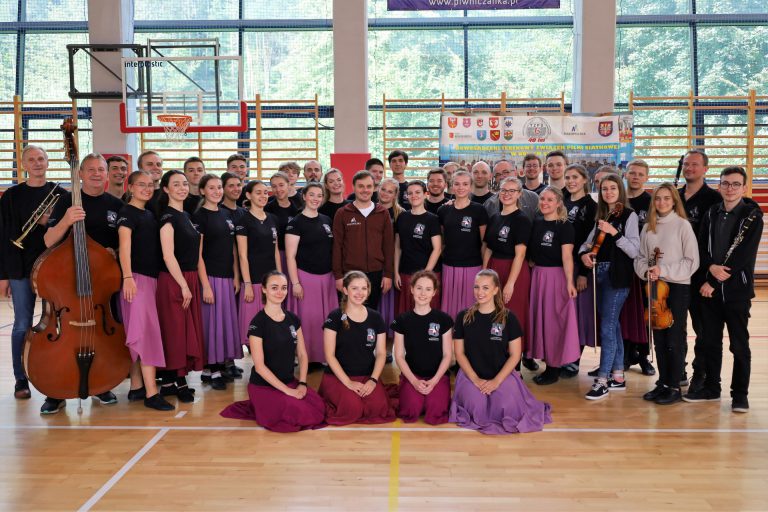 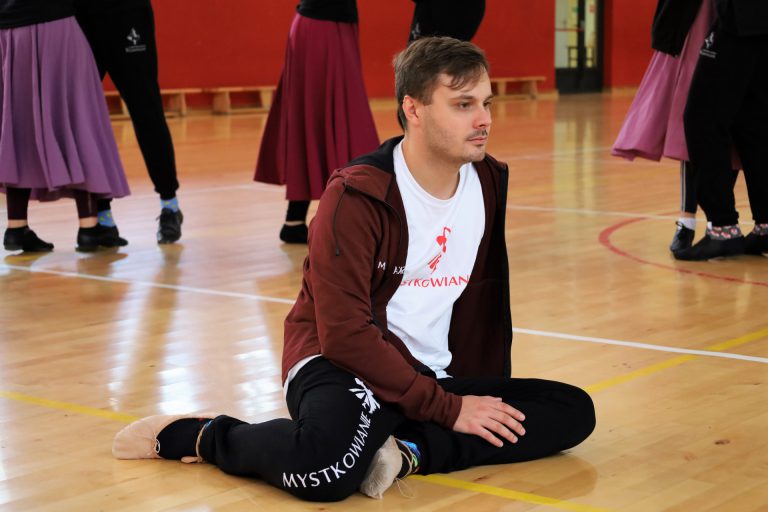 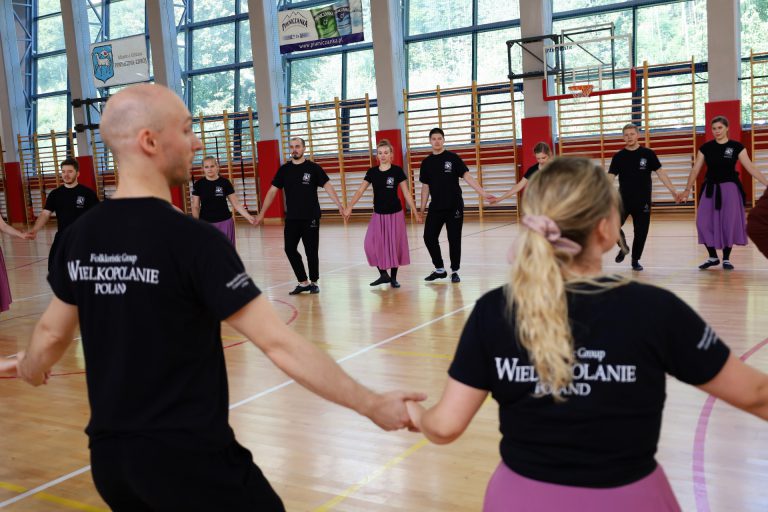 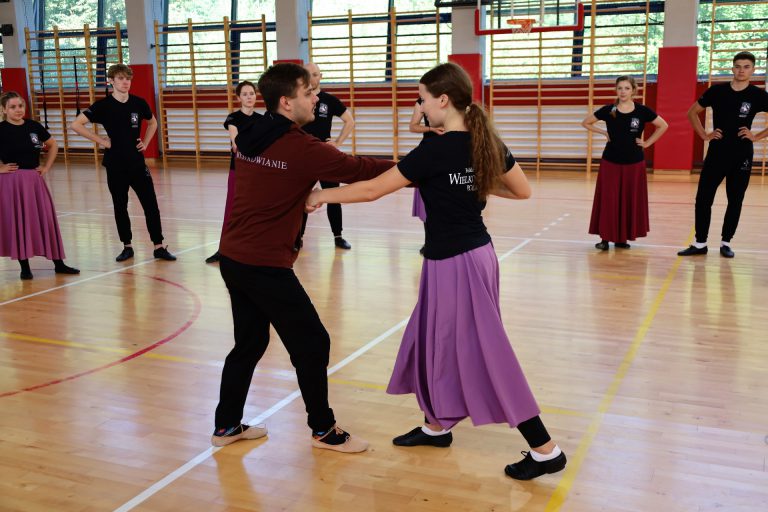 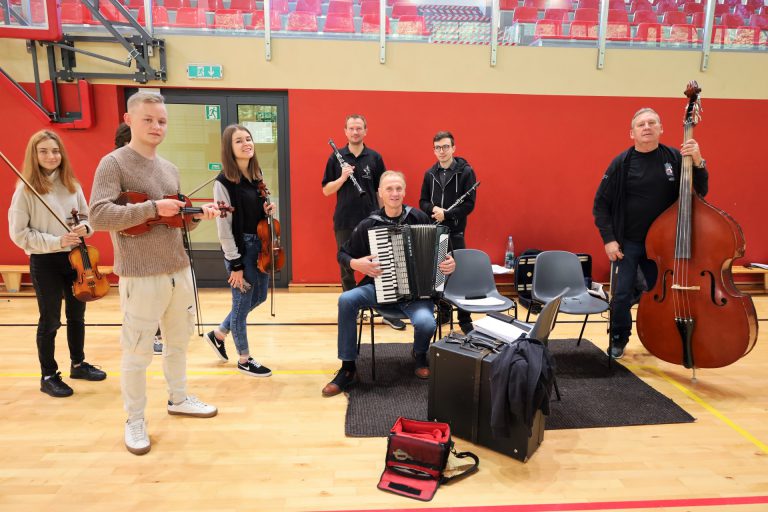 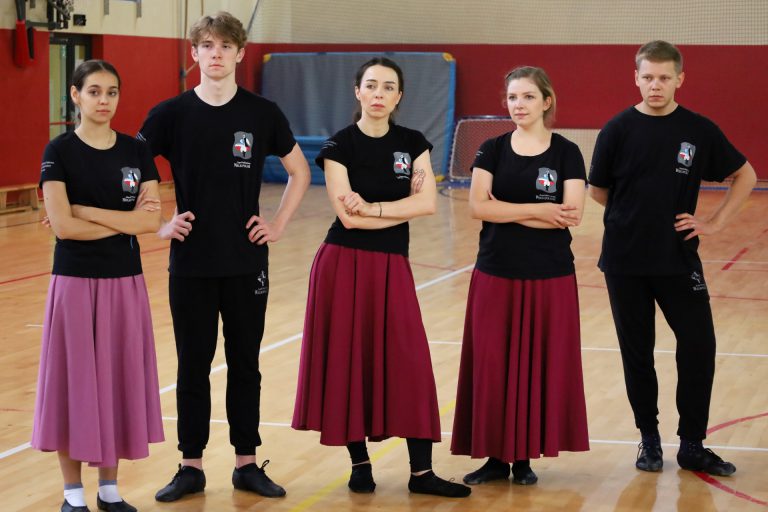 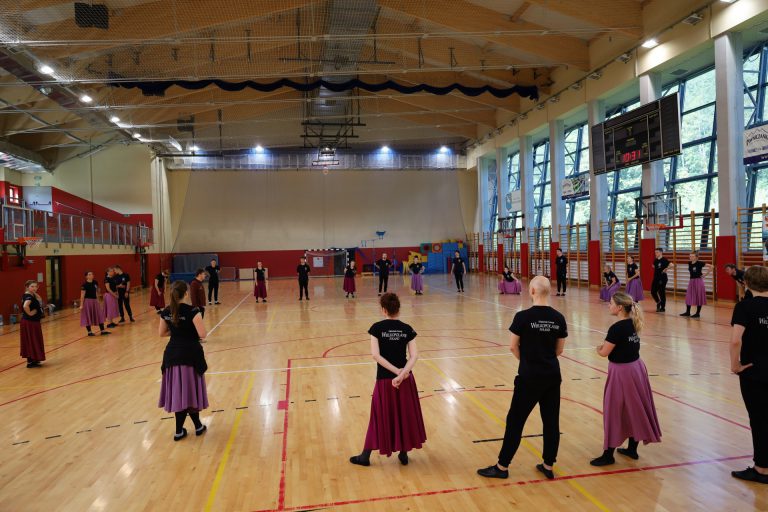 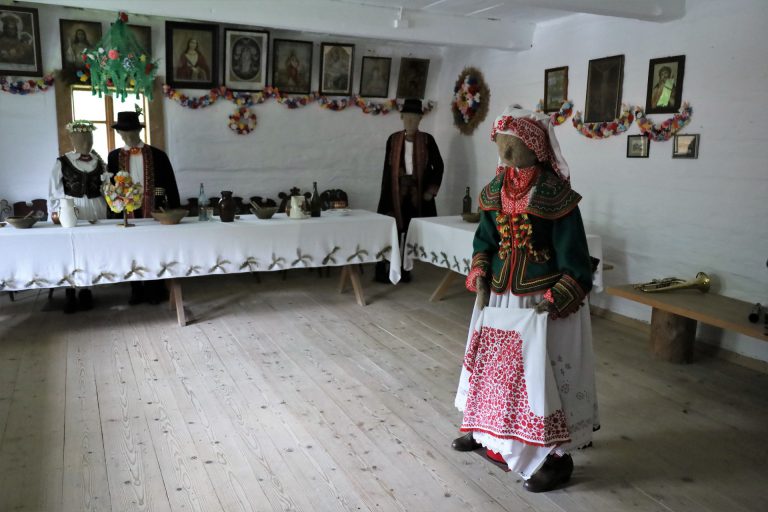 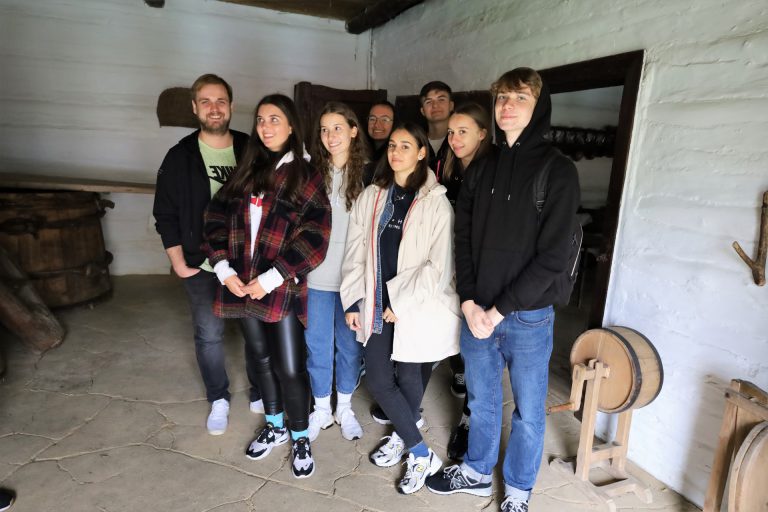 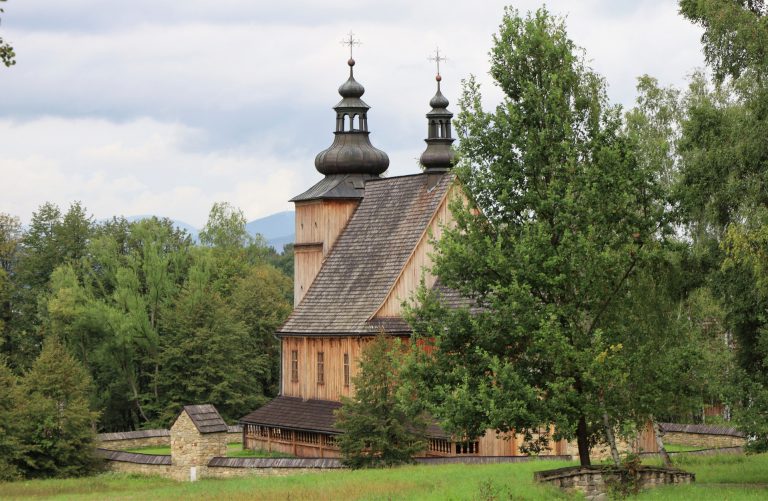 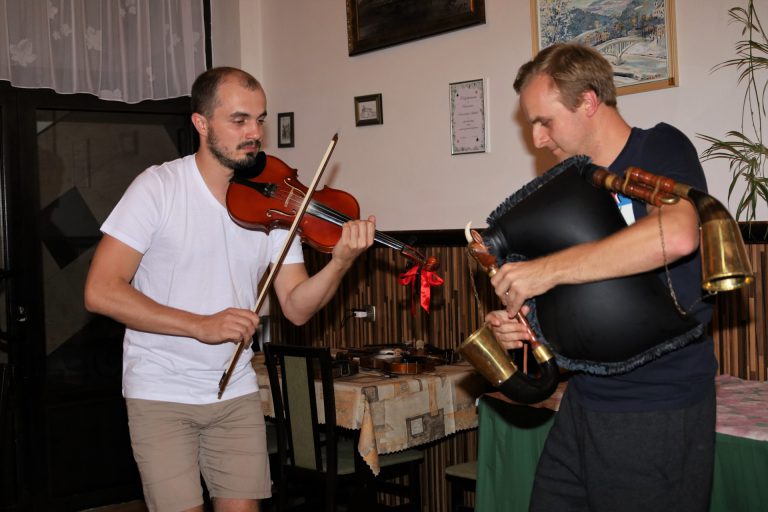 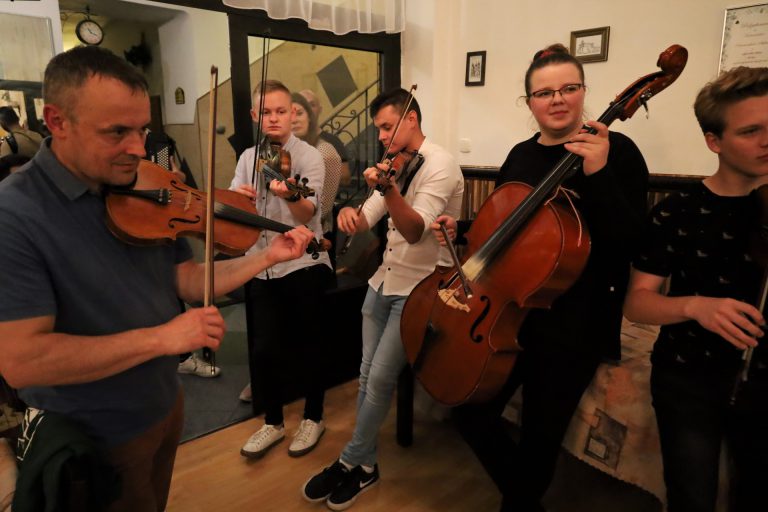