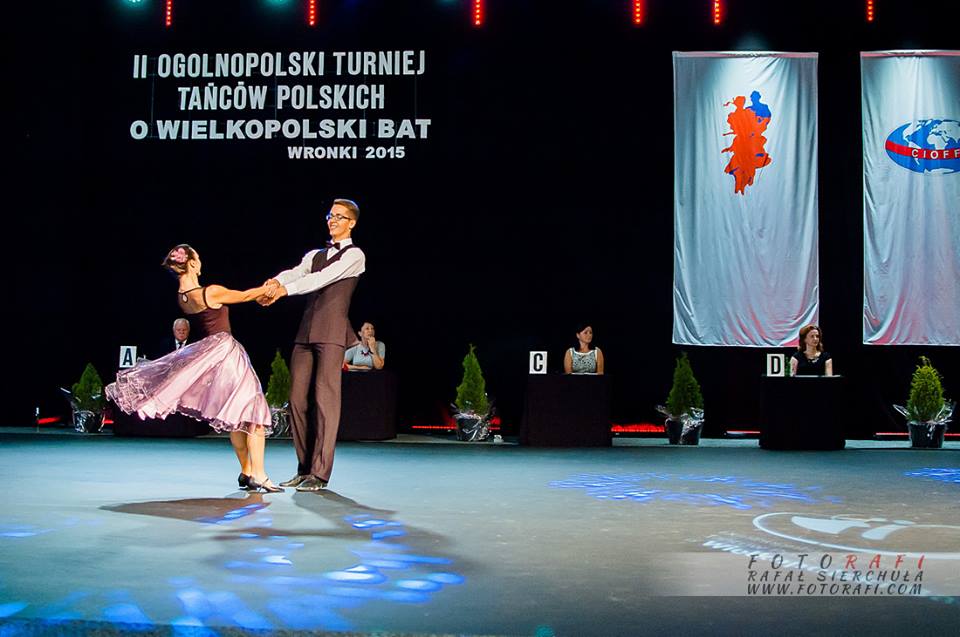 Polish national dances have been placed on the List of Non-material National Heritage.

By the decision of 12 October 2015, the Minister of Culture and National Heritage dragged polish national dances on the national list of non-material cultural heritage.

It has happen as a result of the actions taken by Polish Section of International Council of Organizations of Folklore Festivals and Folk Arts, CIOFF, of which Folkloristic Group “Wielkopolanie” is a member for many years.
We are extremely glad, that polonez, mazur, kujawiak, oberek and krakowiak are on this prestigious list, which unlocks the way to apply for the entry on the world’s list of non-material cultural heritage.
It is worth mentioning that one the people, whose actions have concurred to achieve the entry, was the late Dr. Ryszard Teperek. The long-standin expert and President of Commission for Polish Dances of Polish Section of CIOFF, the Champion of Poland in ballroom dances, founder of ZTL AWF Warsaw passed on 1 September 2015, not living to see the positive decision for the national dances. However we strongly believe that, although he couldn’t know it by himself, he would have been very proud, alike the whole society related to polish folklore.