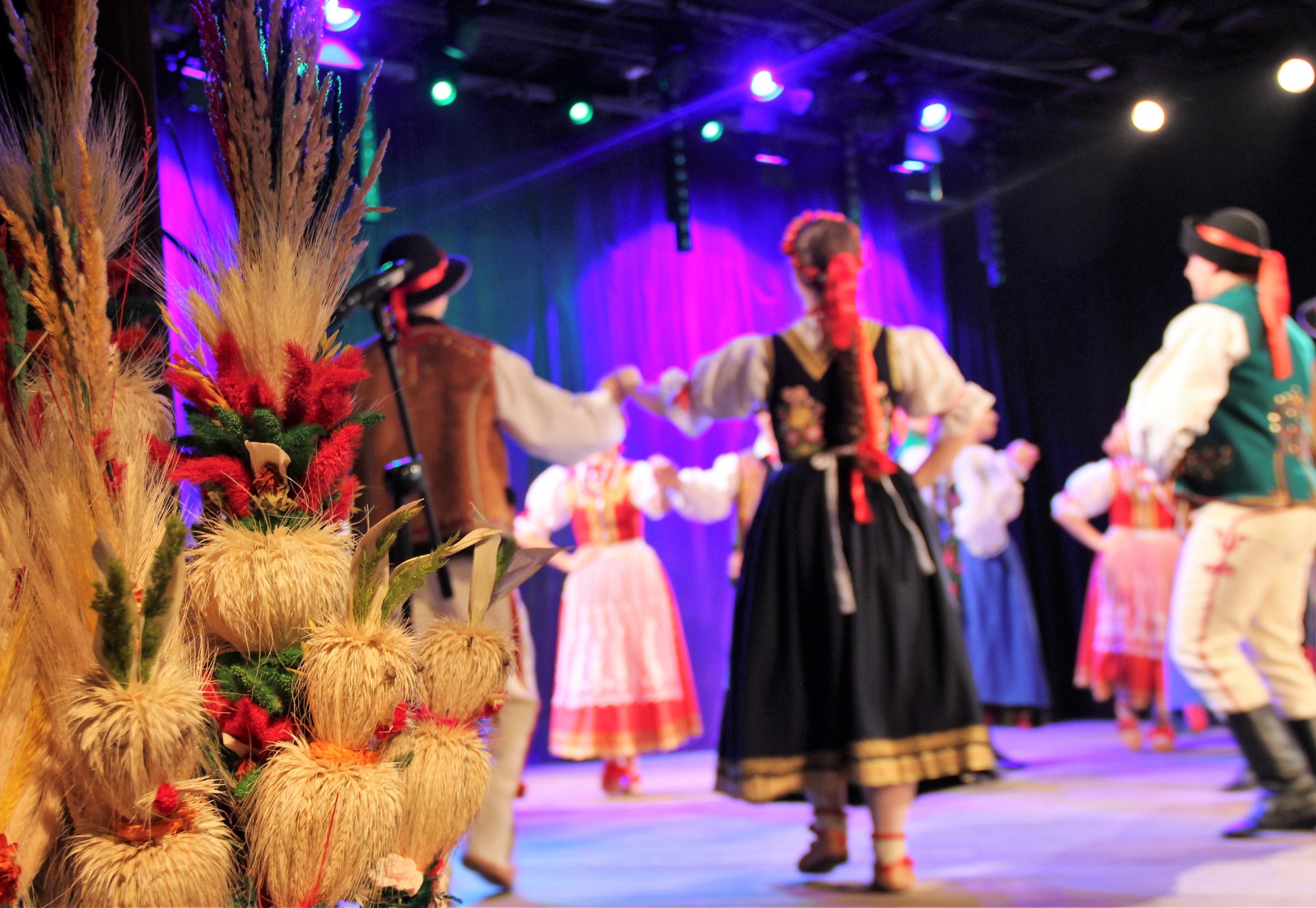 On March 2nd, 2019 Folkloristic Group ‘Wielkopolanie’ performed at Wrzesinski Culture Center, invited by the Local governor. To celebrate Vilnius Kaziuki, the group gave three concerts. Colourful costumes, agile dancers and energetic choreographies were cheered by a packed audience even more with every concert.

Although the tradition to celebrate in honor of Saint Kazimierz, the patron of Poland and Lithuania, has lasted since the 17th century, in Września has been celebrated since 2007. However, this year’s celebrations met with extreme interest and the tickets were sold out shortly.

Wielkopolanie shared the stage with the female vocal group called Mejszagolanki from Lithuanian town of Mejszagoła. Mejszagolanki, who work as teachers on a daily basis, share the passion of singing. They performed songs about love and their two homelands with a beautiful borderland accent.

Wielkopolanie together with the band presented a broad cross-section of Polish dances, costumes and folk customs. Already with an unexpected entrance from the lobby in the parade of disguisers, Wielkopolanie attracted the audience.

The host of the celebration, Mister Jacek Kraniak, rushed people to singing, cheerfully applauding and swinging in their seats.

On the stage, Jacek Kraniak welcomed also representatives of Poznań Branch of Vilnius and Vilnius Land Society, which celebrates 30 years of operation.

The performances were accompanied by a fair with traditional Easter palms and regional delicacies.
According to Wrzesinski News, these were the “Best Kaziuki of all!” 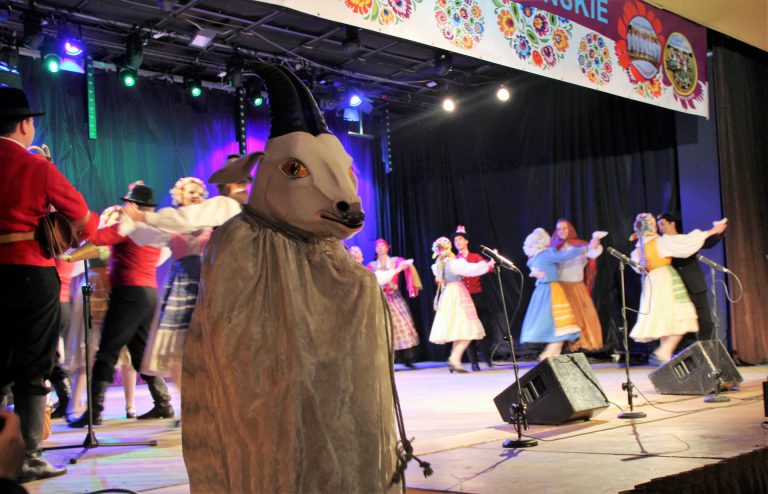 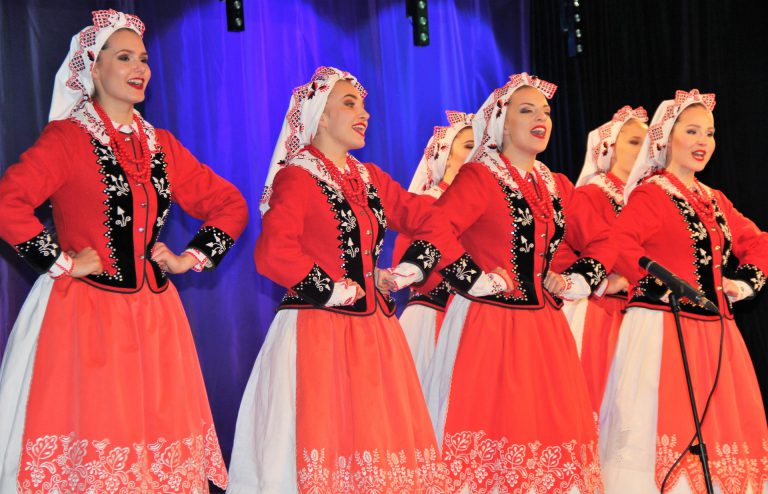 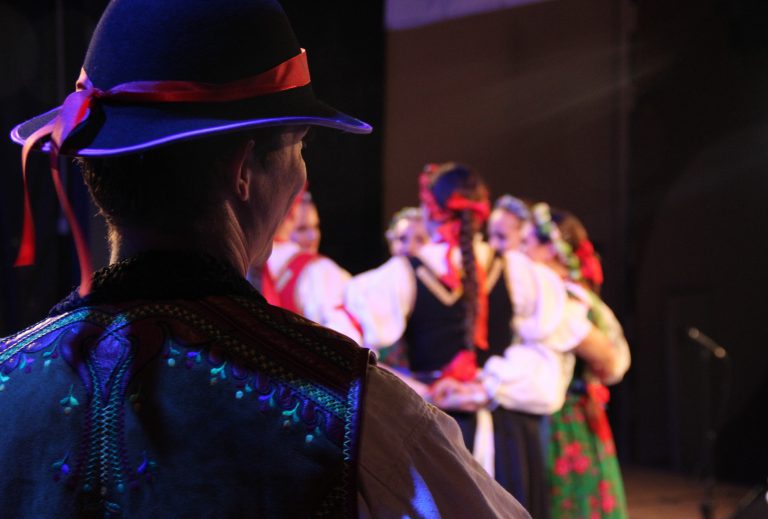 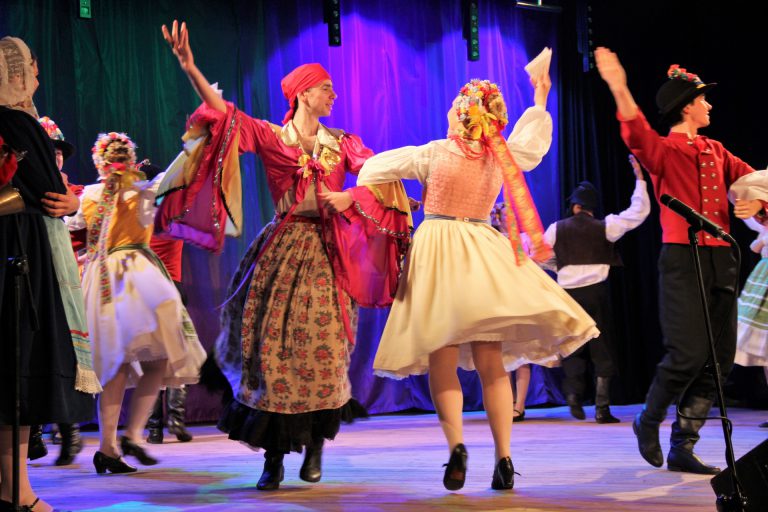 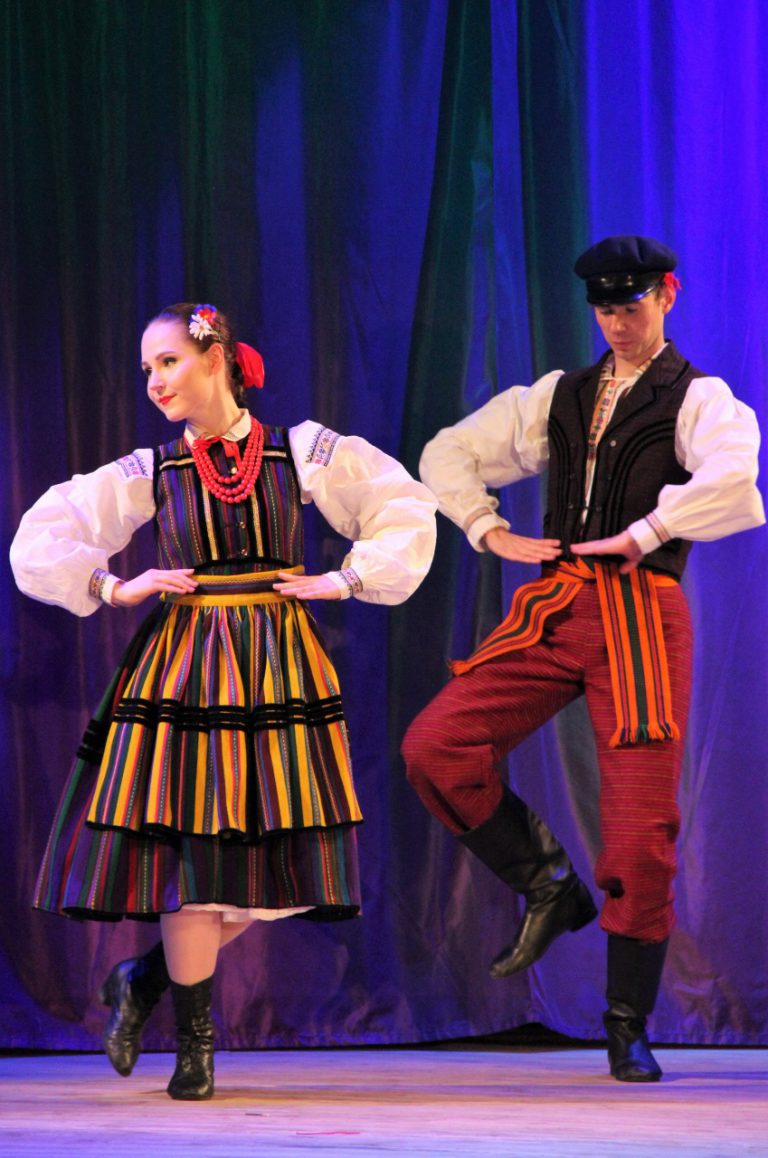 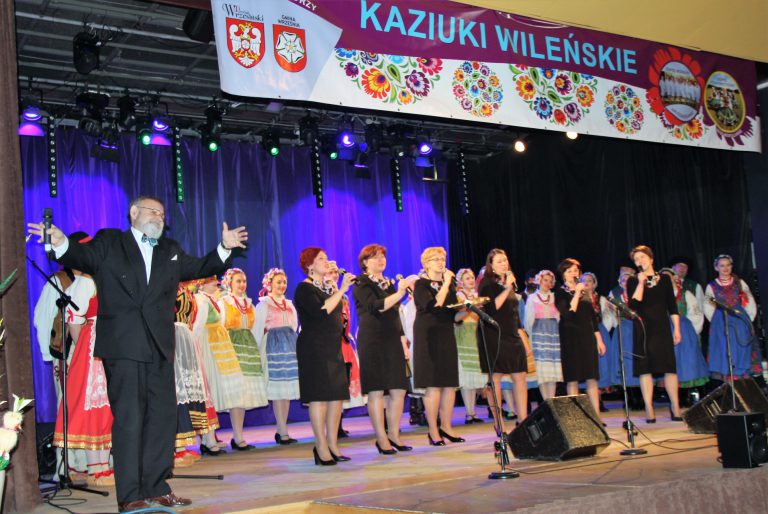 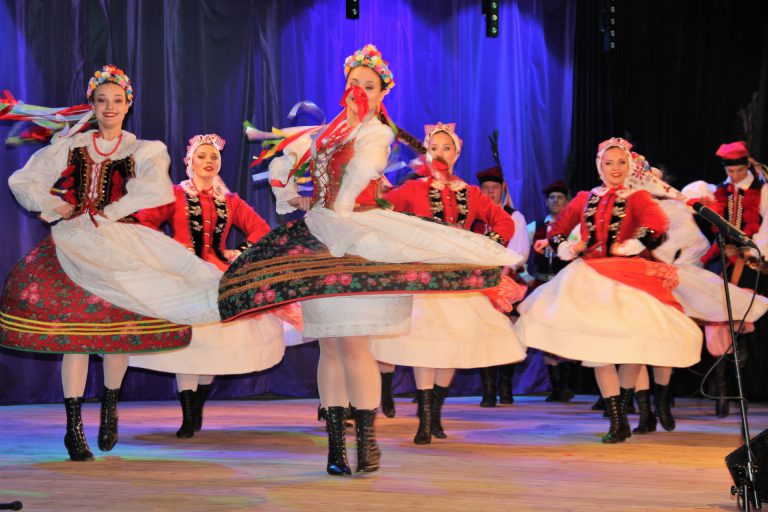 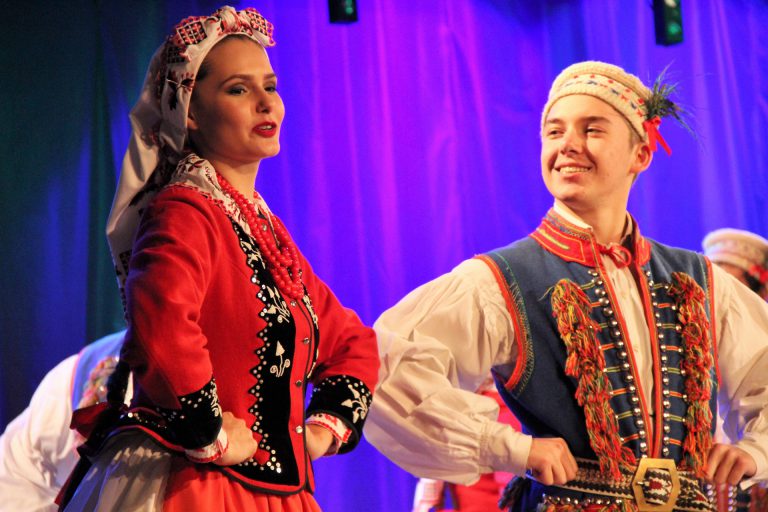 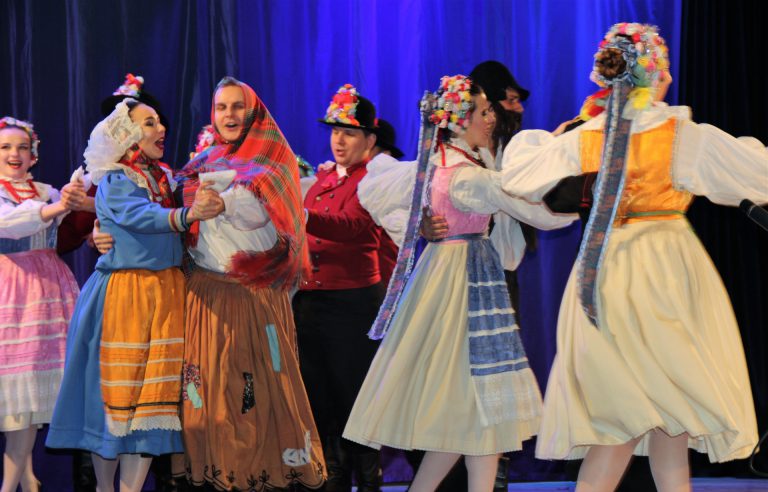 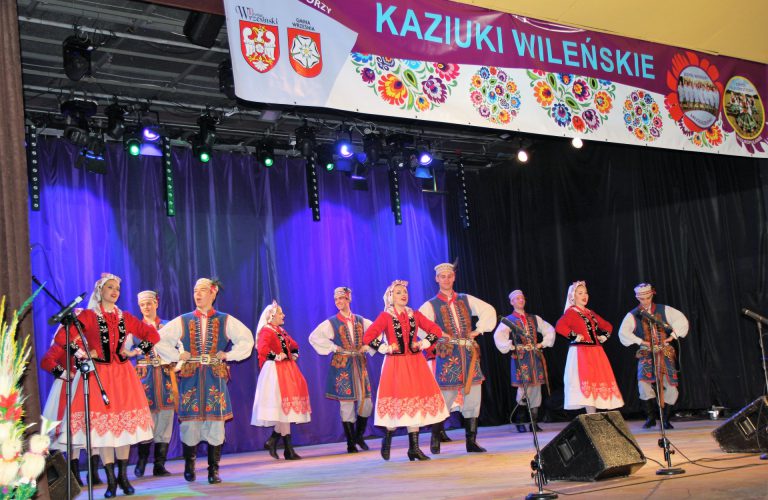 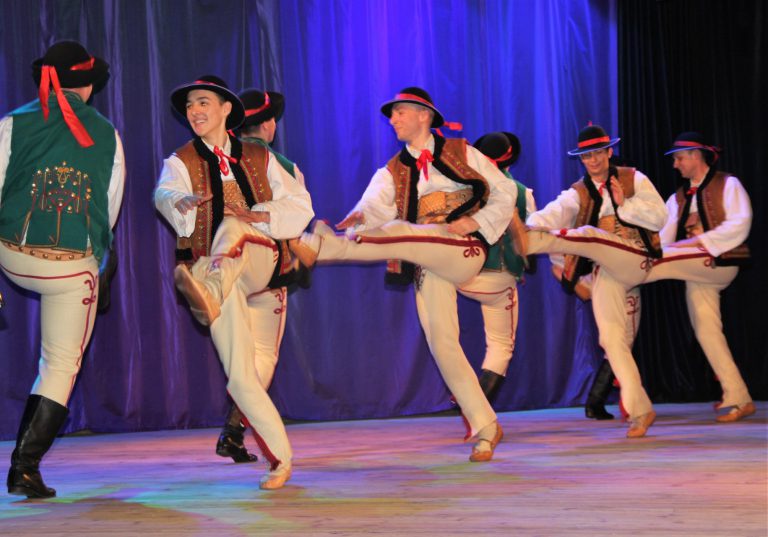 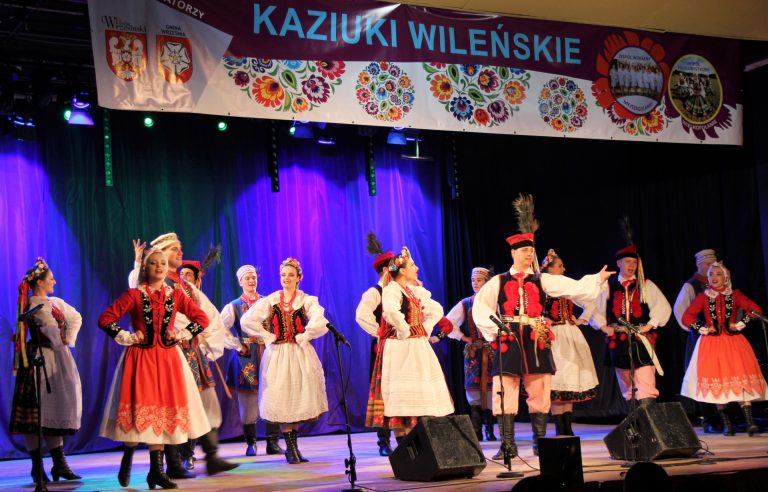 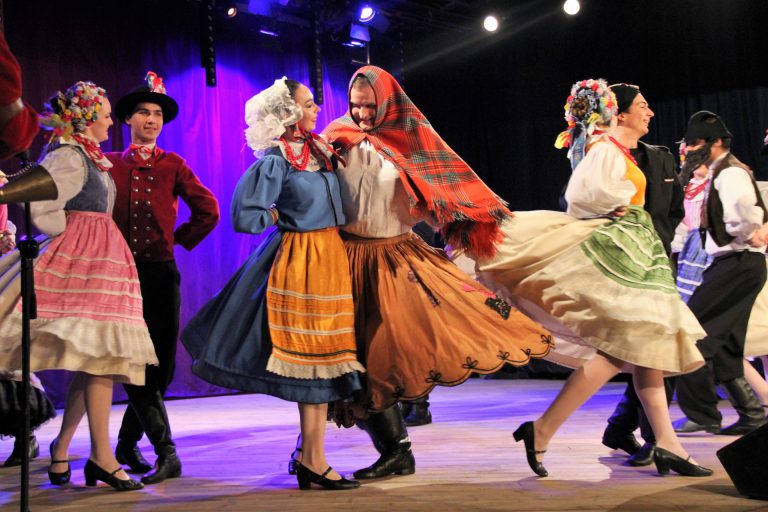 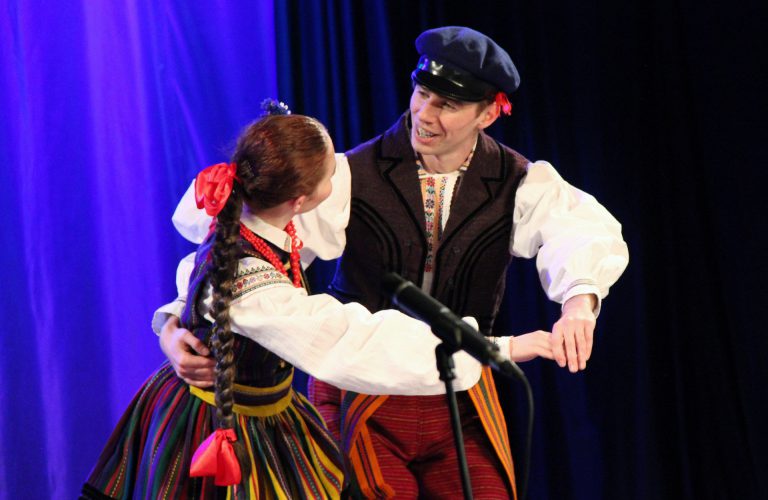 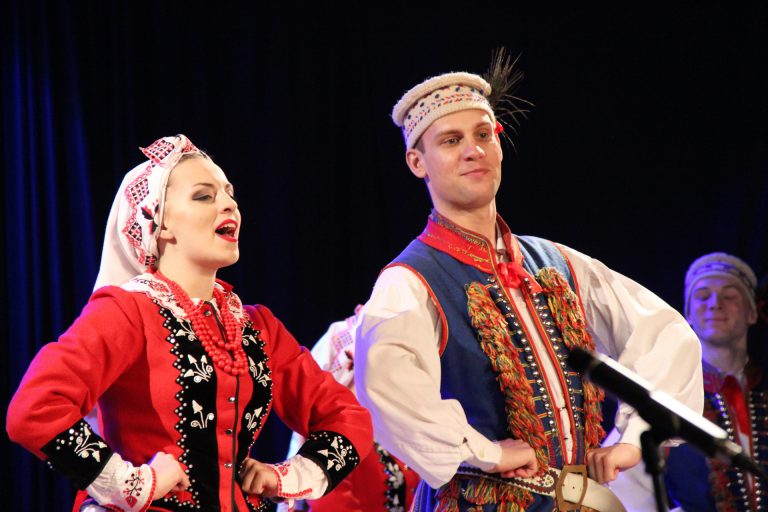 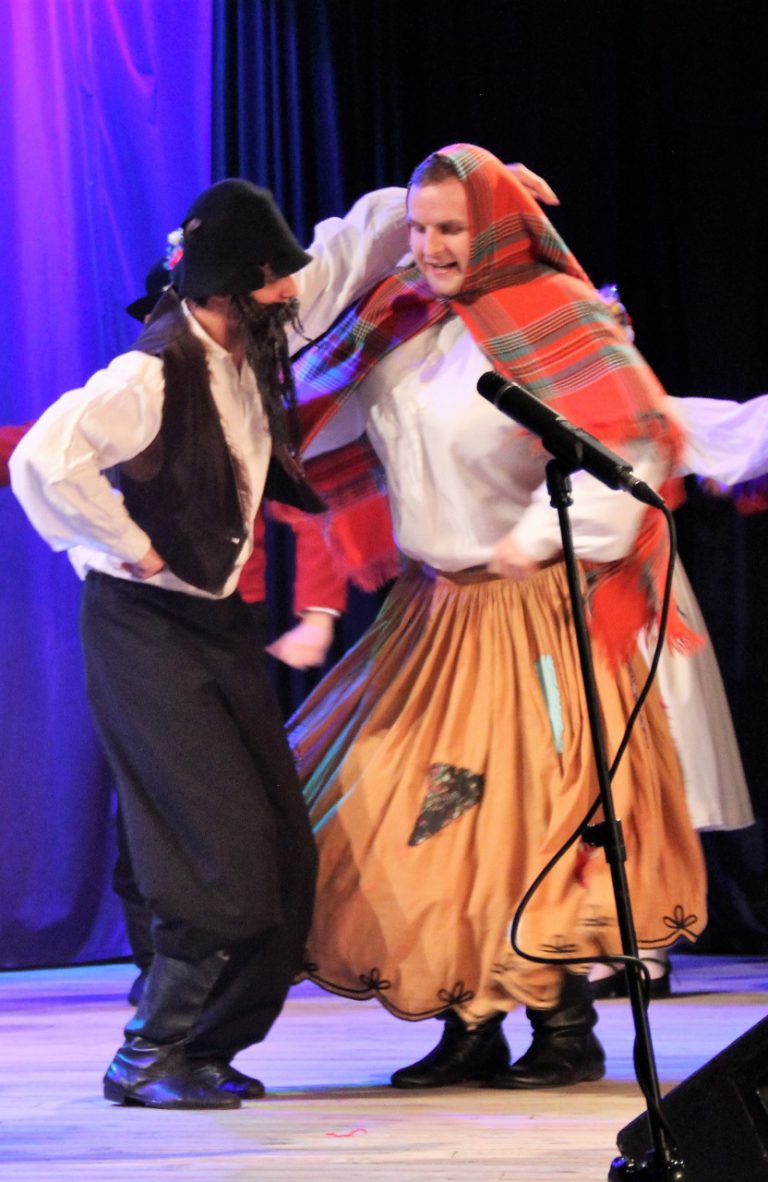 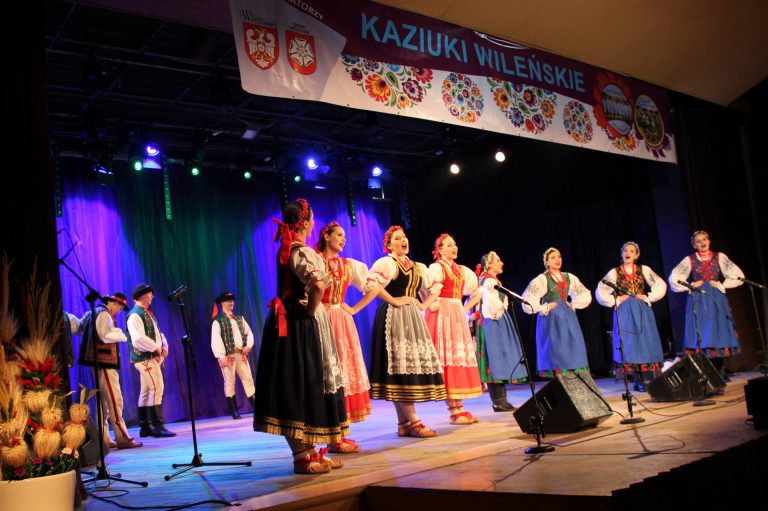 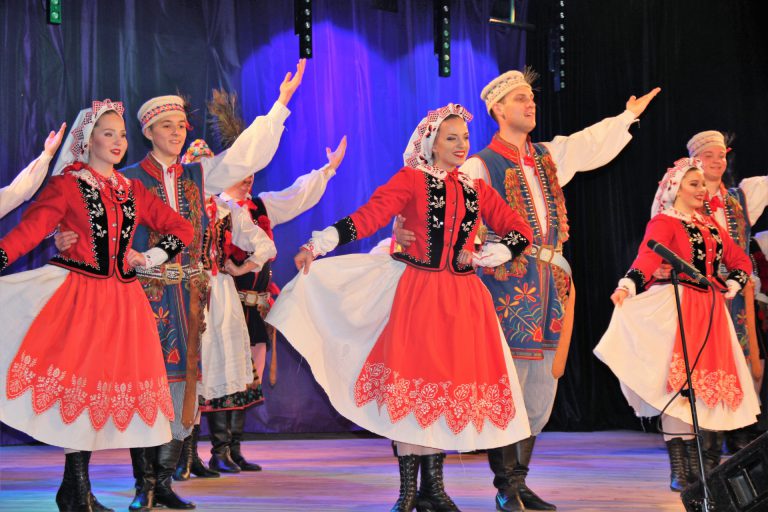 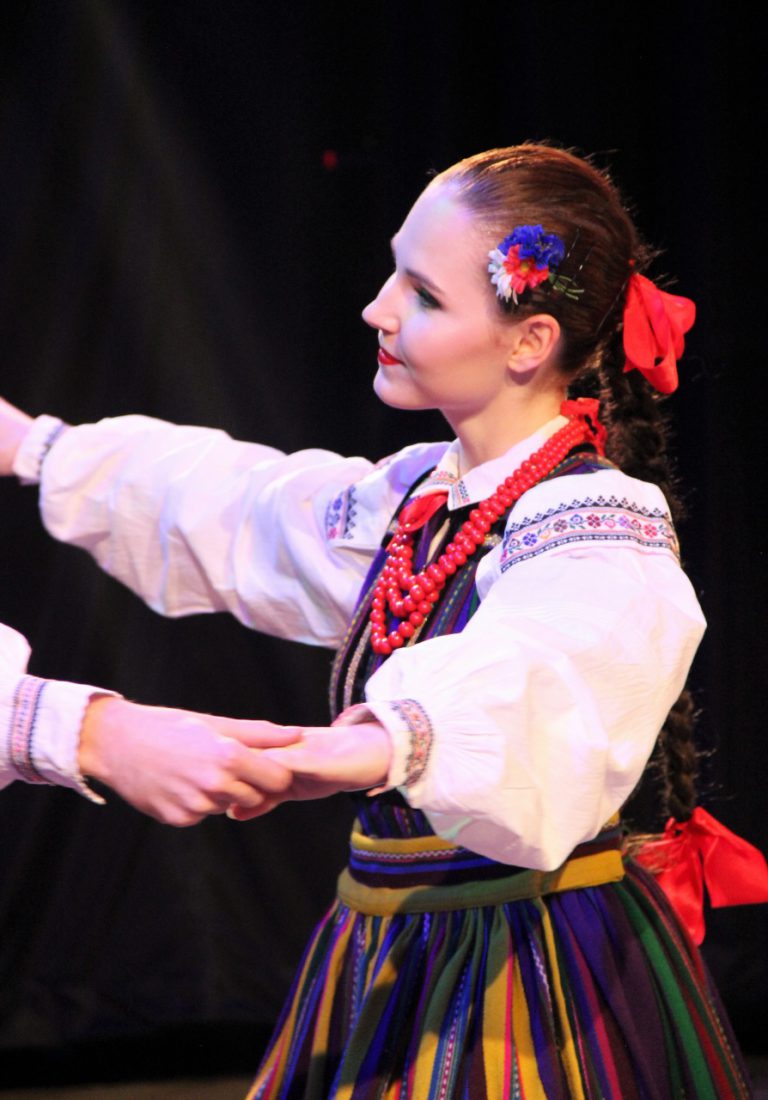 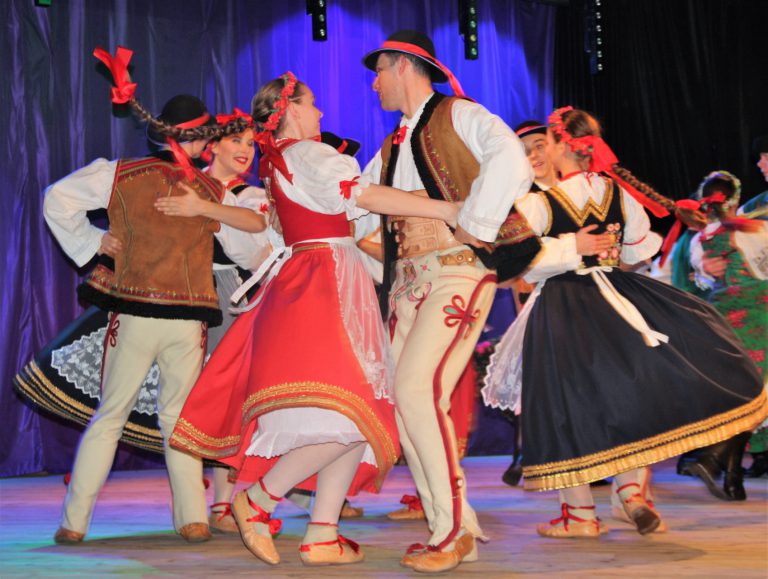 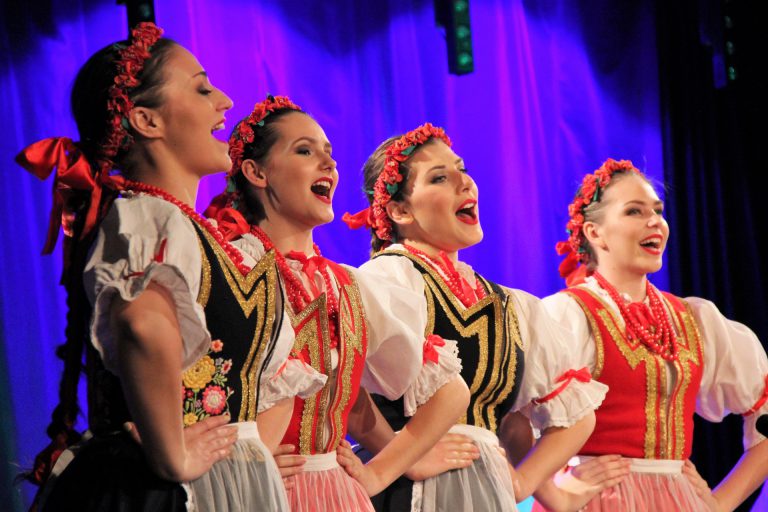 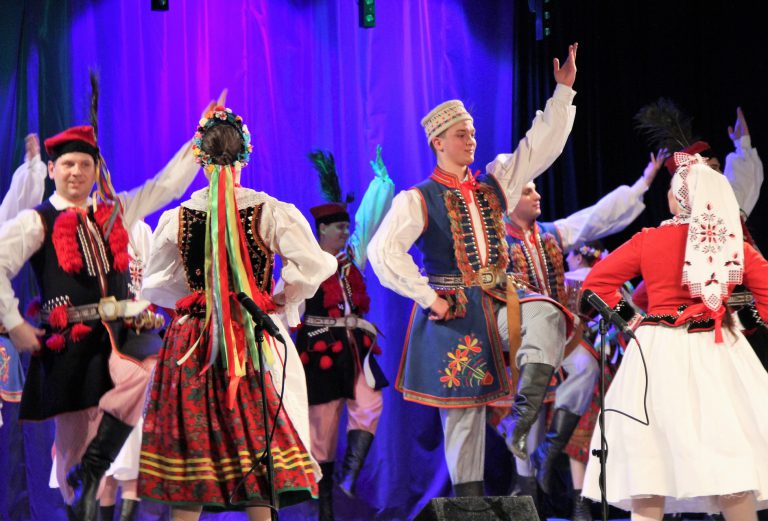 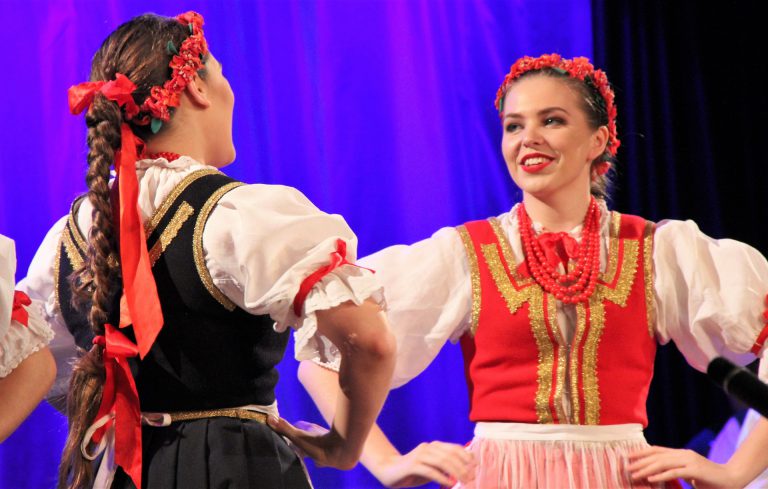 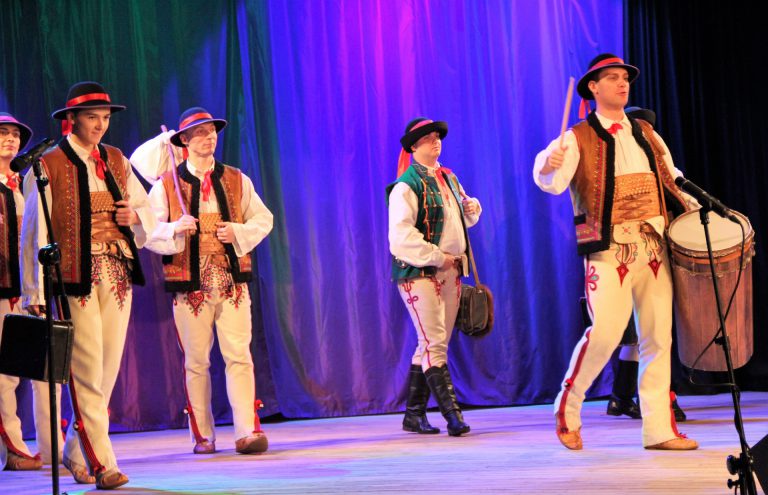