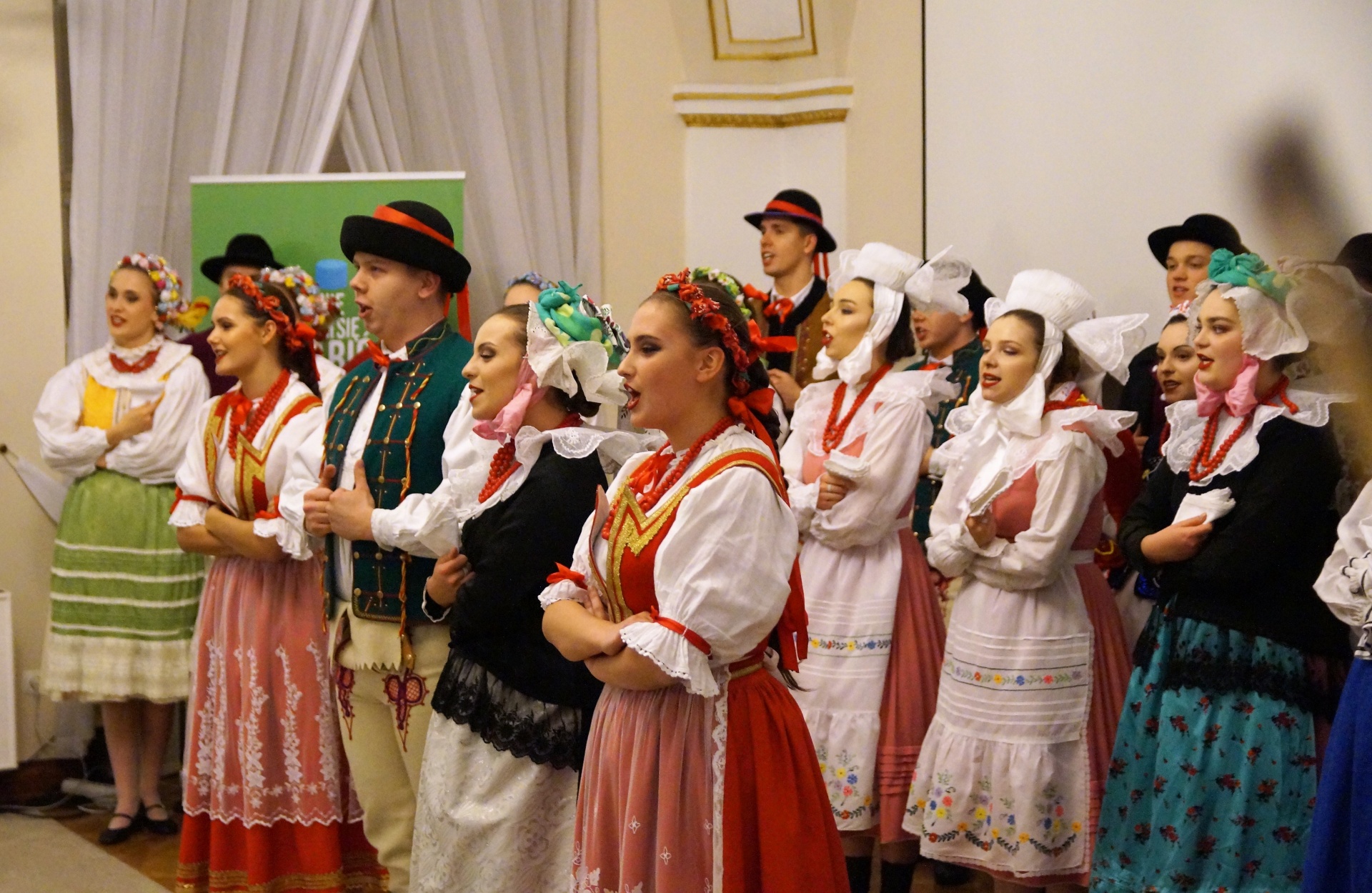 On January 9, 2020, in the White Room of the Poznań City Hall, the “Wielkopolanie” Folklore Group with their concert of carols and pastorals graced the Christmas meeting of the ”Bambrzy” Society.
Bambrzy were brought to Poznań by the city authorities in the years 1719 to 1753 with several waves, they came from Germany from the Bamberg area. They settled in the villages of – Luboń (1719), Dębiec and several families in Bonin, in Jeżyce and Winiary (1730), in Ratajach and in Wilda (1746-1747), in Jeżyce and Górczyna (1750-1753). Everyone was required to bring a certificate that they were Roman Catholic. It was the only condition that the newcomers set for the city based on the order of King August II of 1710 regarding all foreigners settling in Poland at that time. New settlers quickly rebuilt Poznań villages destroyed by the Northern War, current Poznań districts. Thanks to their deep faith, the church, which was located in every village, was the first and most important plane for the rapid Polonization of “Bambrzy”. Another factor was the school where Polish language learning was introduced. At the end of the 19th century, among the Catholic inhabitants of the villages of the city of Poznań, there was not a single person of German nationality. Researchers of national minority problems recognized this fact as a “Polonization miracle”, a unique process in the history of quickly blending one national group into another. Bambrzy and their descendants brought new elements of farming, food, construction to the culture of the villages of Poznań. they were completely foreign to the Polish population due to their long-term contacts with the culture of Western neighbors. In the years 1900 to 1924, the surrounding villages were incorporated into the city and became its districts, and the descendants of the settlers from Bamberg have been an integral part of Poznań’s society for decades.
During the concert, over forty dancers and musicians in large numbers presented the most beautiful carols and pastorals from around Wielkopolska, Rzeszów, Kraków, Spisz and others. “Wielkopolanie” has in their program pastorals from the late nineteenth and early twentieth century. Played on traditional folk instruments: bagpipes, wedding goats, and laced violins were performed during the concert and rewarded with thunderous applause. During the concert, the audience could also sing with the artists the most beautiful Christmas carols such as “Przybieżeli do Betlejem”, “God is born” and see traditional dances from Szamotuły, Dąbrówka Wielkopolska, Biskupizna and Spisz regions.
The meeting at the City Hall also summarized the year 2019, which was a special time due to the celebration of the 300th anniversary of the arrival of Bambrów in Poznań. At the end, wafers were traditionally distributed and the time came to make wishes and have nice conversations.
PK