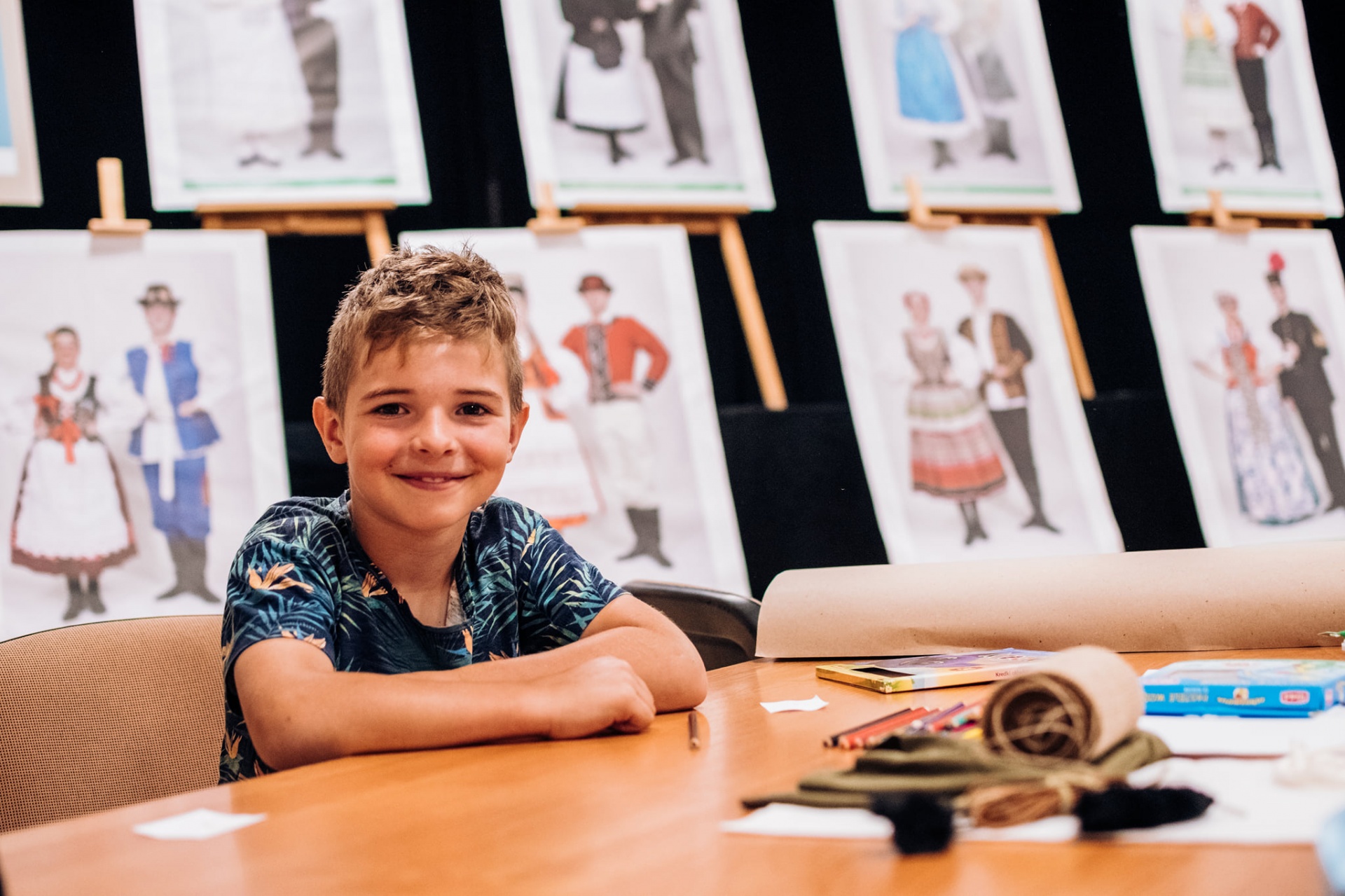 Thanks to the cooperation of the Provincial Public Library and the Cultural Animation Center in Poznań and the Municipal Cultural Center in Brzeźno, as part of the EtnoPolska program co-financed by the National Cultural Center, an exhibition of Polish costumes was created as part of art workshops called “Polish folk costumes”.

The photos shown during the exhibition come from the 2012 “Polish Folk Costumes” coloring pages of the “Wielkopolanie” Folklore Group, created under the influence of the demand from teachers of schools and kindergartens. The publication by Piotr Kulka contains 18 regional and national costumes, including: Bambrów Poznańskie, former inhabitants of the villages of: Poznań, Szamotuły , Dąbrówka Wielkopolska , Biskupizna, Kujawy, Opoczno, Łowicz, Rzeszów, Kurpie, Krzczonów, Silesia, Silesian Beskids, Jurgów , Kacwińskie, Krakowskie from Zalipie and Bronowice, and noble’s robes. The scope and form of the publication of the Provincial Public Library and the Center for Culture Animation is a substantive help for teachers working with children, and is to bring knowledge of regional and sub-regional costumes to the youngest generation.

The participants of the workshops at the Municipal Cultural Center in Brzeźno first listened to a lecture on the culture of folk costumes, delivered by Elżbieta Barszcz, director of the District Museum in Gosławice, in an accessible way to young audiences. Based on the coloring illustrations by Agata Pospiech, they faithfully reproduced the costumes presented on the posters and designed them themselves.

Classes were conducted by Marlena Hewitt – a local painter. 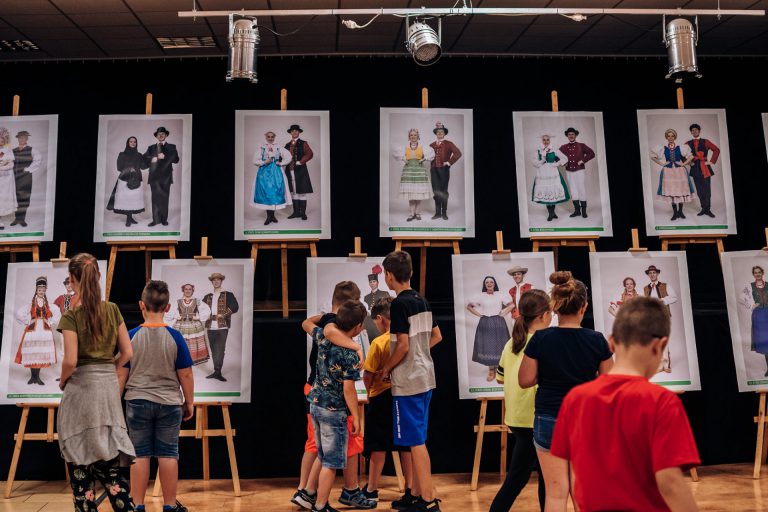 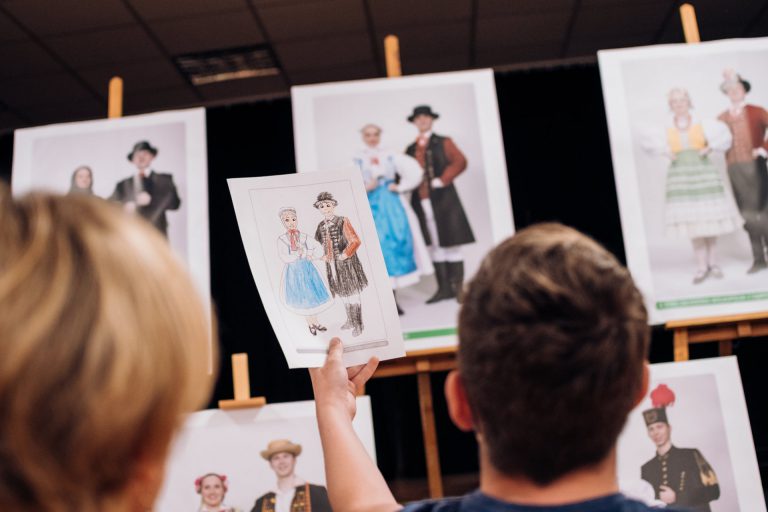 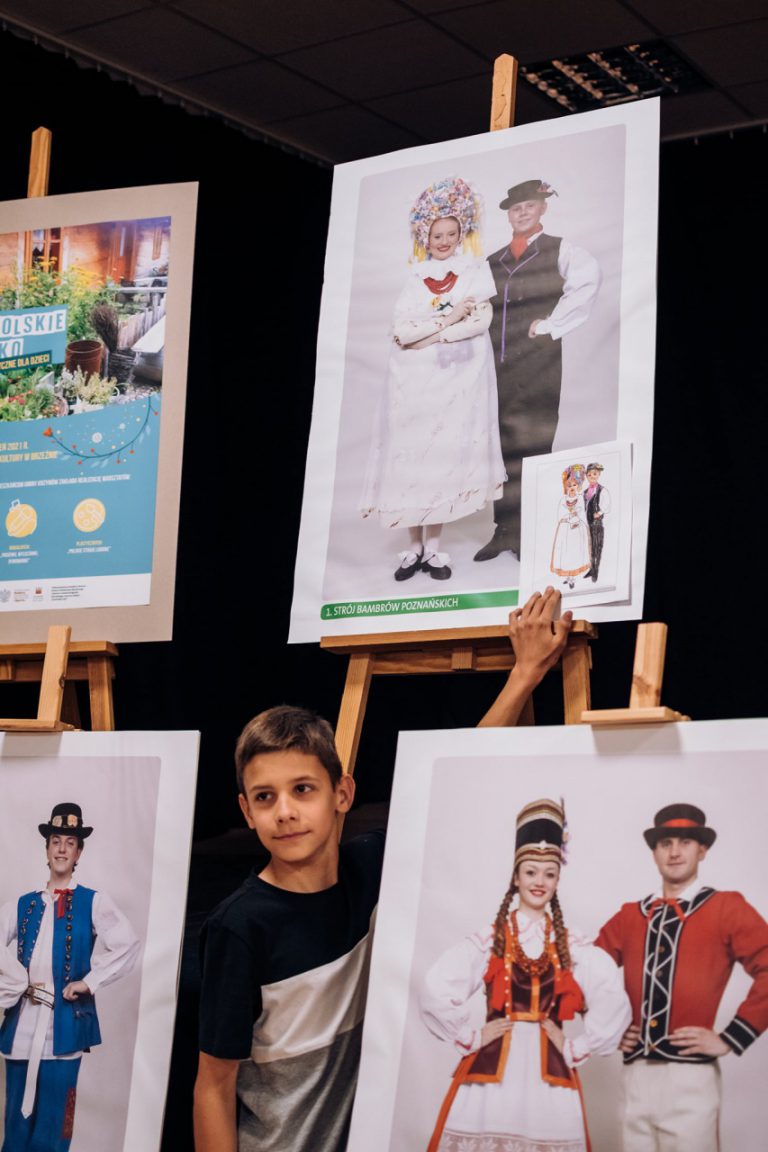 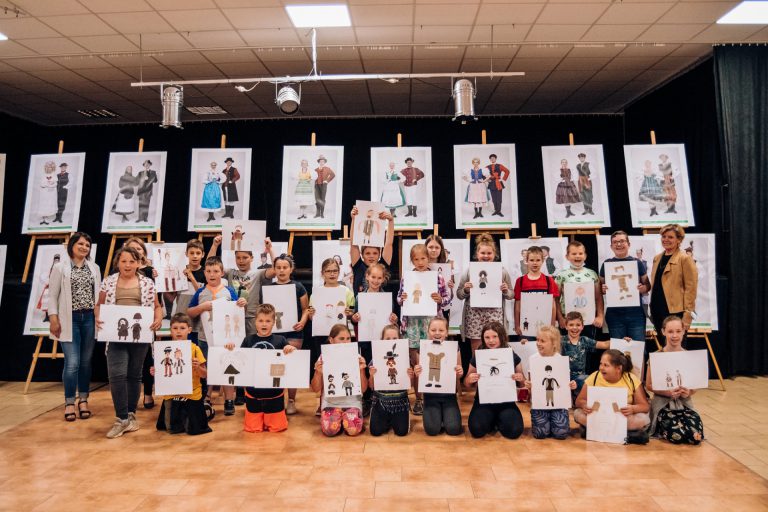 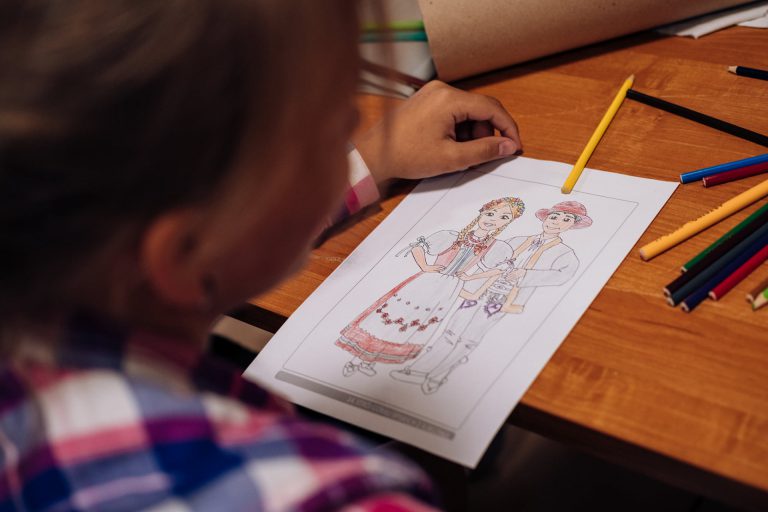 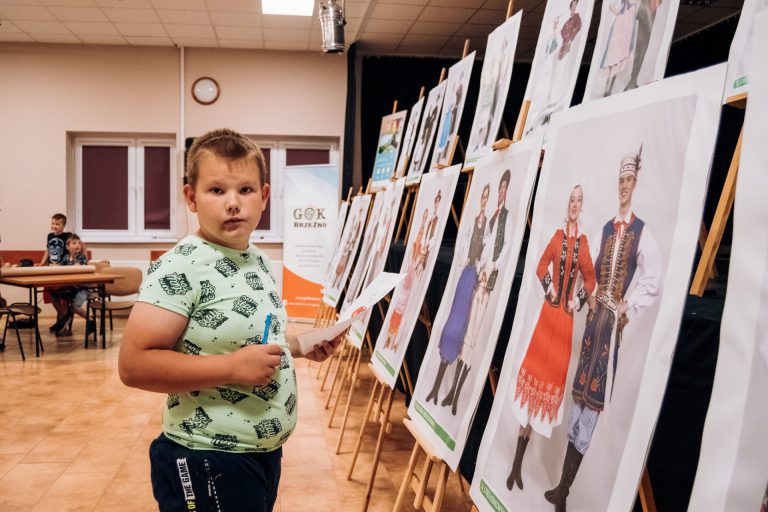 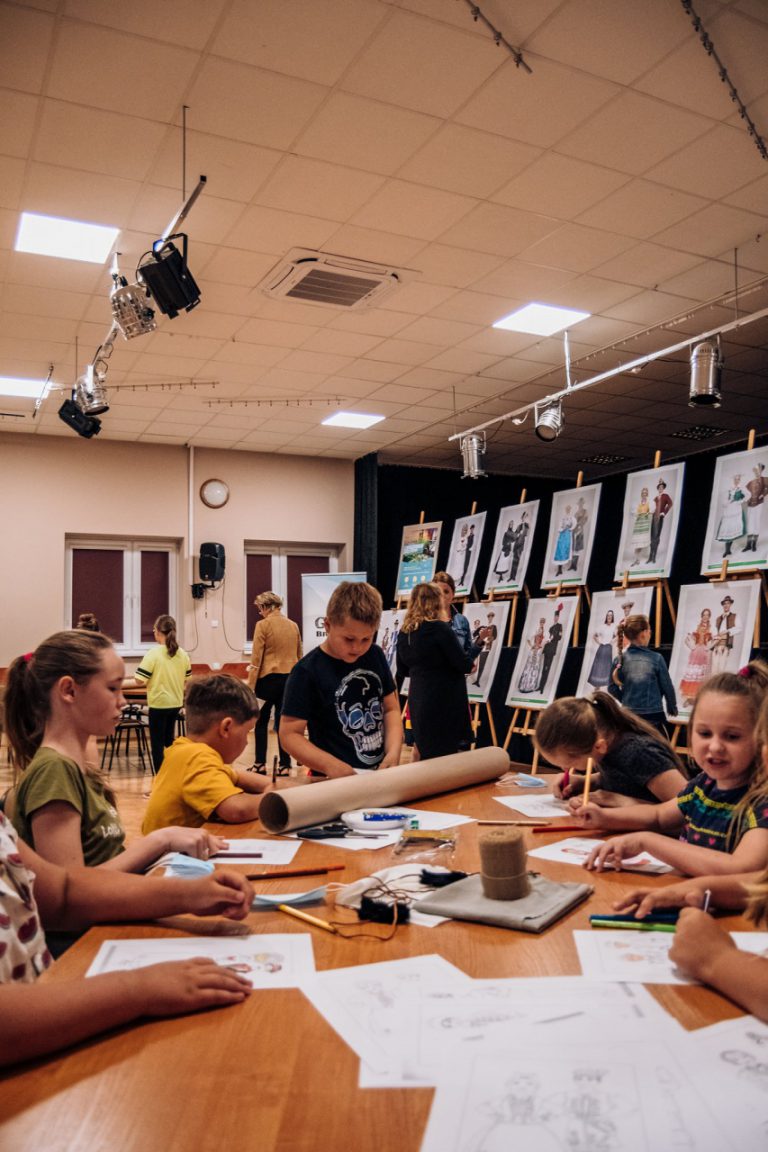 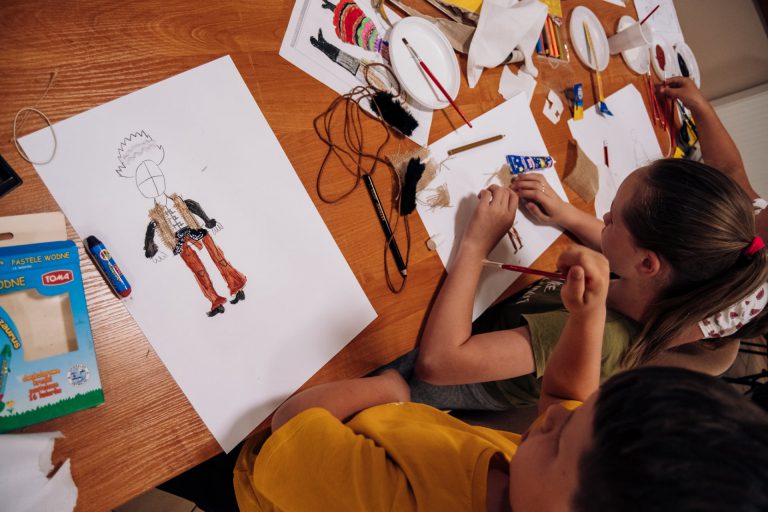