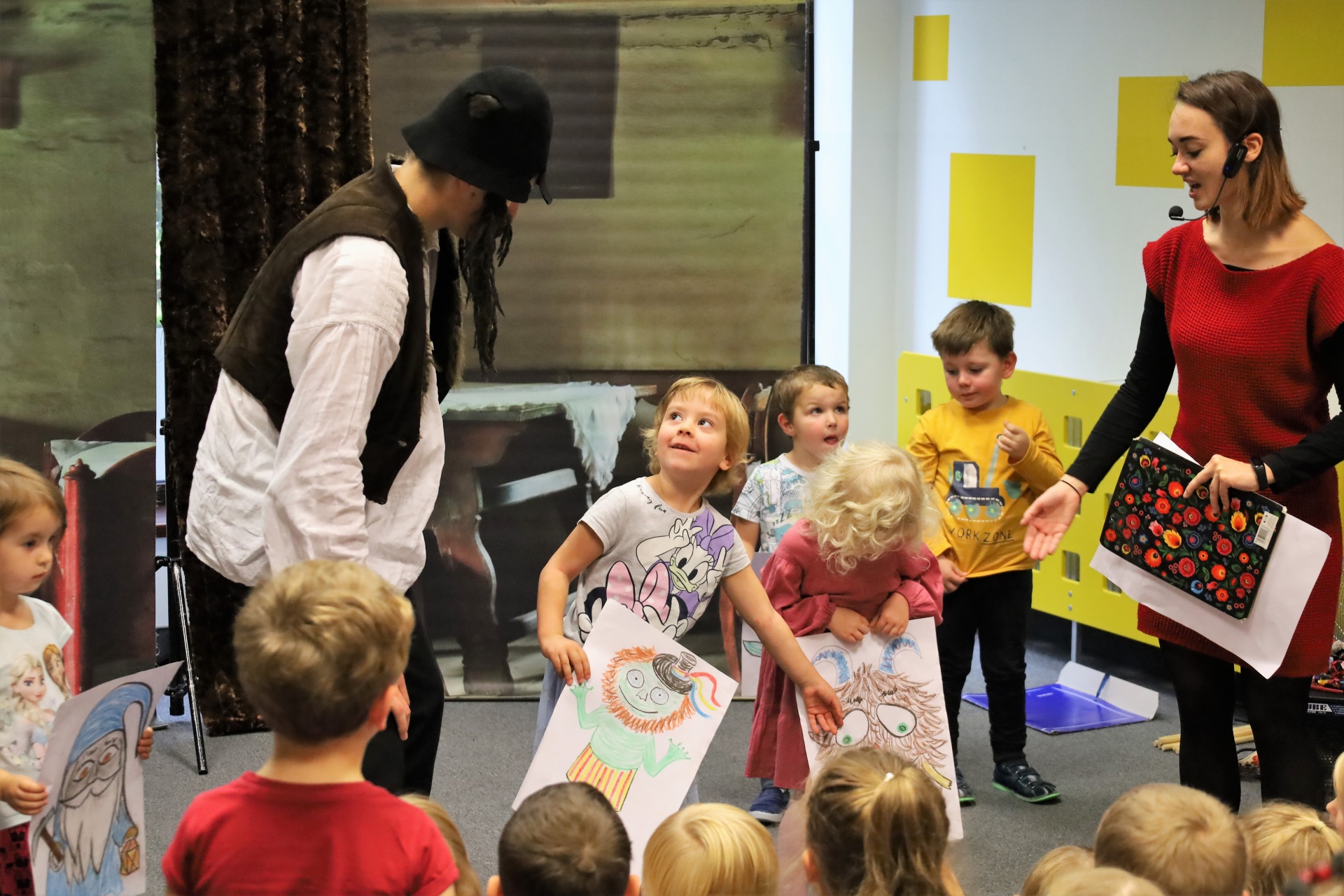 At the turn of September and October, the dancers of the Folkloristic Group “Wielkopolanie” went on an educational route around schools, kindergartens and nurseries of the Greater Poland Voivodeship. Performing in 58 places, they showed the richness of costumes, dancing and singing of the Silesia region.

The concert dance program includes legends, songs and dances, including: Klepok, Polka, Trojak, Kokotek, as well as dance games, among others “Kijok”, which not only Poznań artists  but also concert participants enjoyed. Pre-school and school children learn mainly through play, including folk play. It is she who in a natural way enables the child to meet his or her basic developmental needs, including the need for movement, joy, creative experience and expression of experiences, satisfying curiosity, social contacts and improving independence.

Fun and related folk dance is an interesting form of work with children. Through its simplicity, and at the same time spontaneity, dignity, cheerfulness, and fantasy it is the carrier of deeper content, among others patriotic. It is not only movement, achieving artistic expression, it is also – and perhaps above all, human education: socio-moral, mental, aesthetic education, physical education. From the beginning of human history, dance has accompanied man and over the centuries new possibilities have been discovered in it.

Over 2,000 listeners, both children and adolescents, had the opportunity to learn not only about the dance, but also Silesian legends, listen to the band playing in a regional instrumental line-up, and thus see the cultural diversity of the region.

The educational concerts organized by “Wielkopolanie” are to bring children closer to Polish regional culture, which is part of the national culture, to let them learn about its richness and diversity, old traditions and folk customs, and above all, to develop a sense of national identity, pride and patriotism in children. 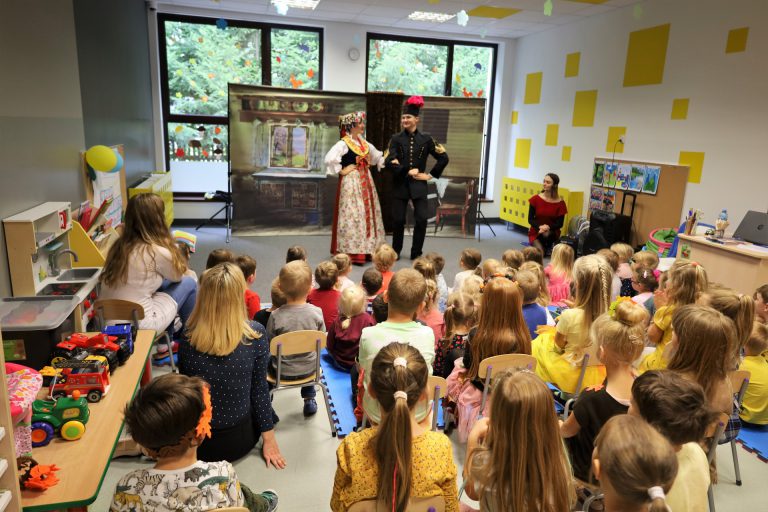 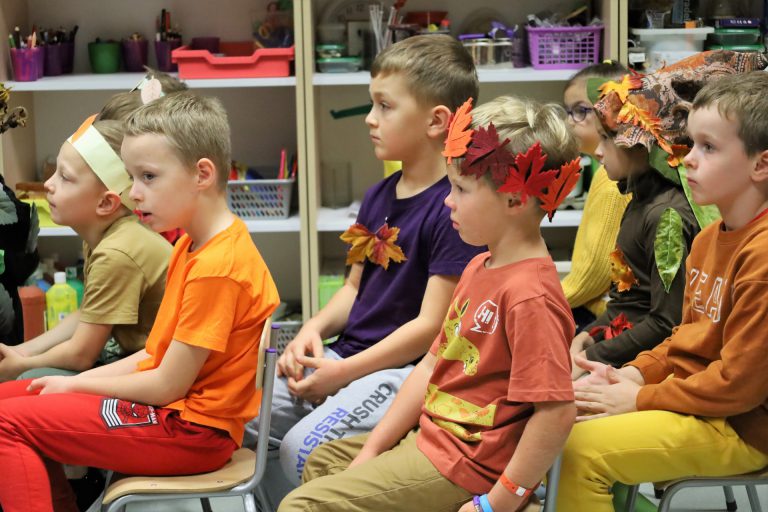 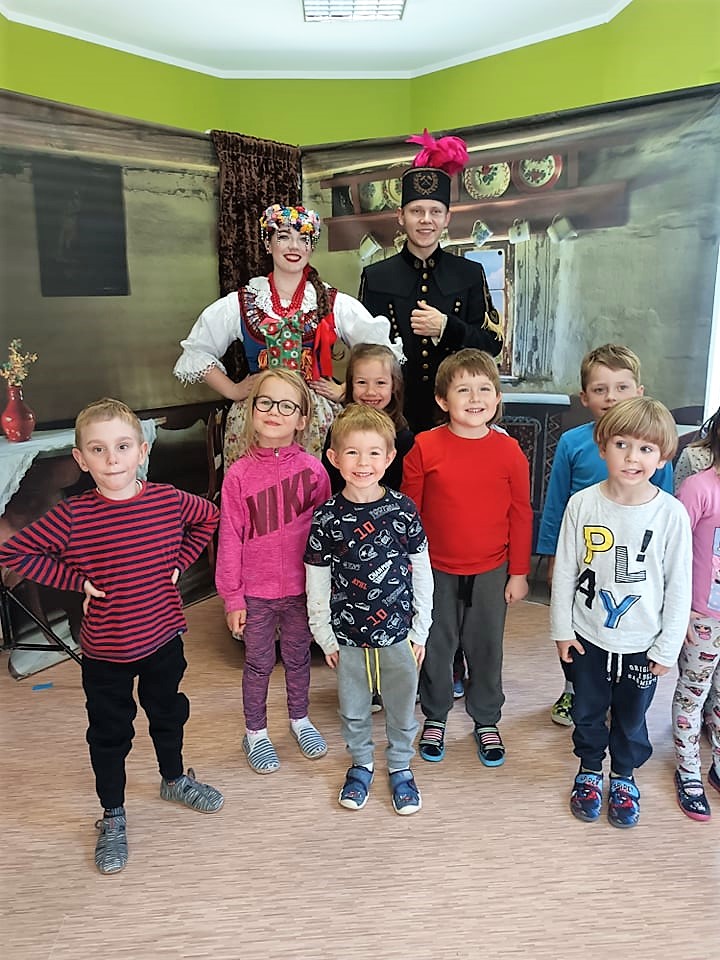 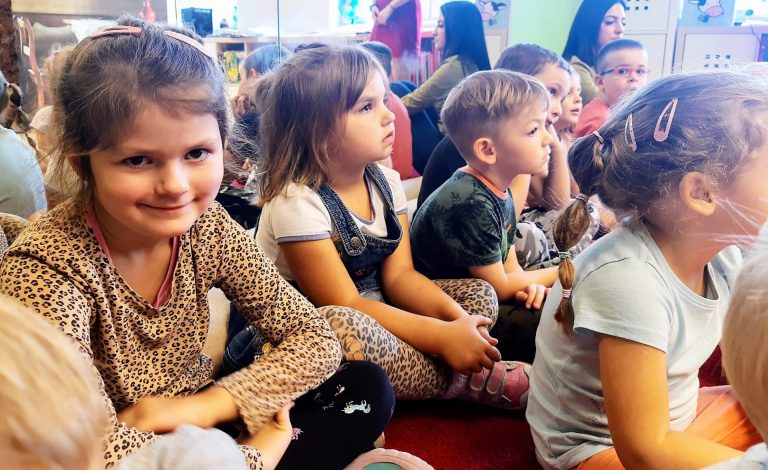 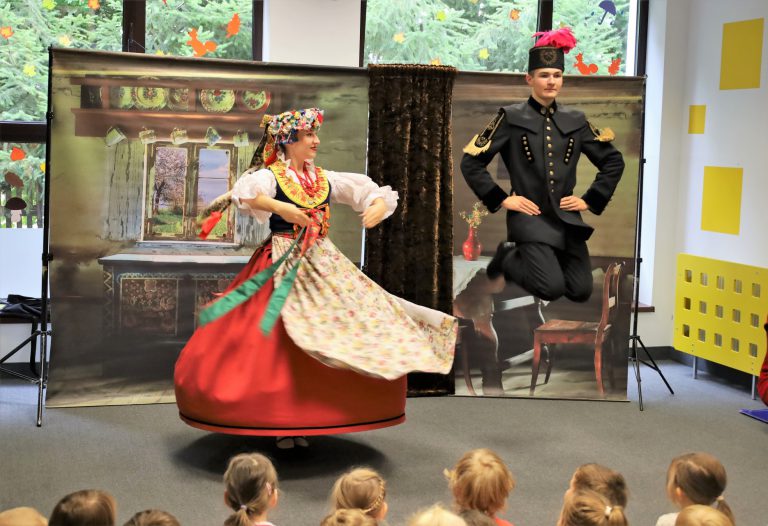 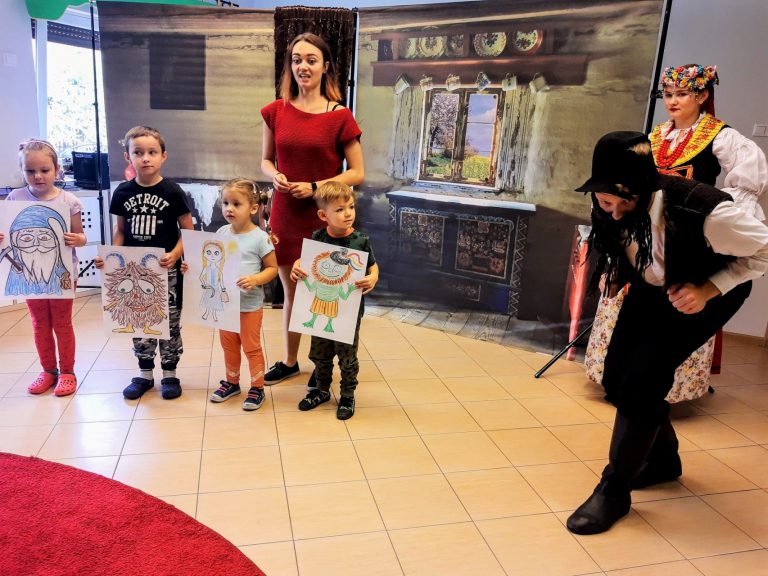 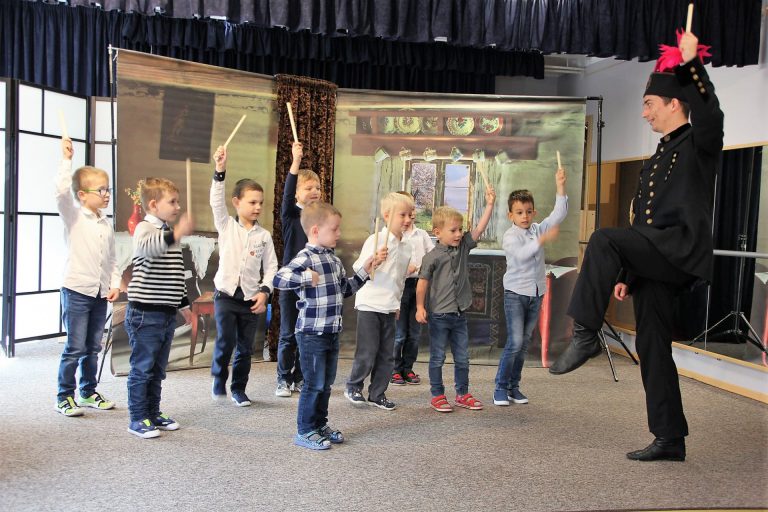 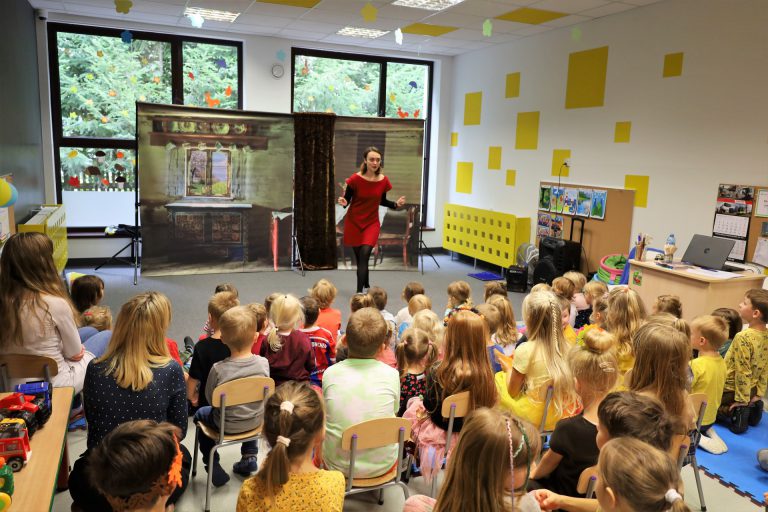 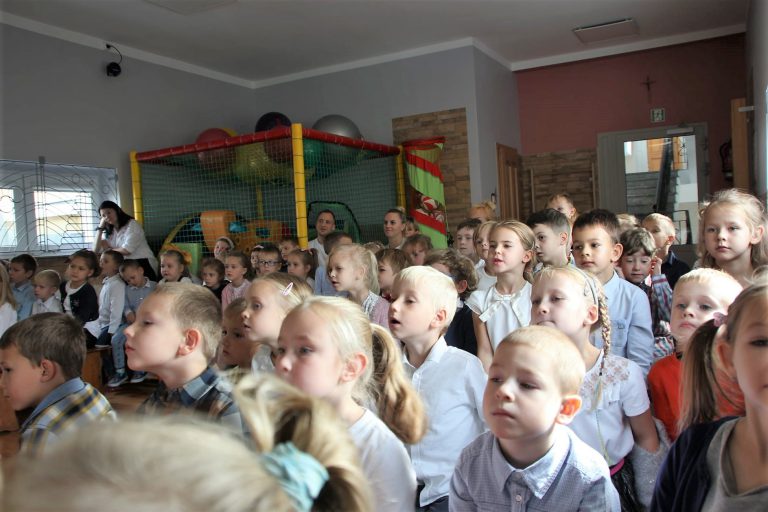 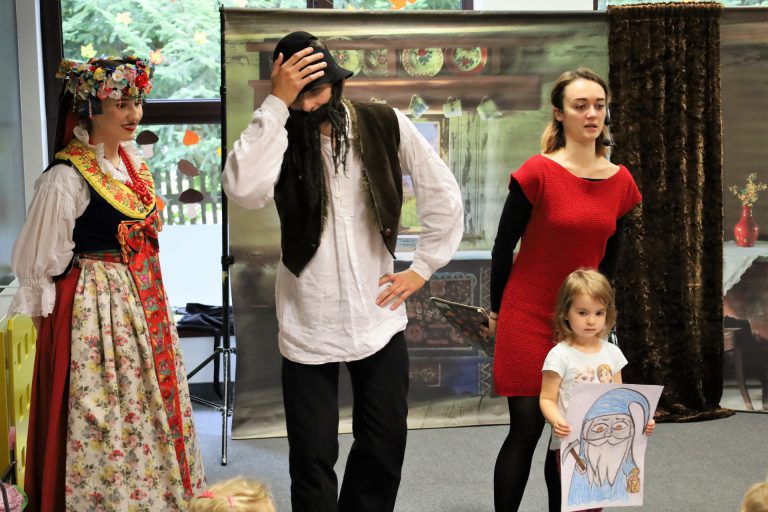 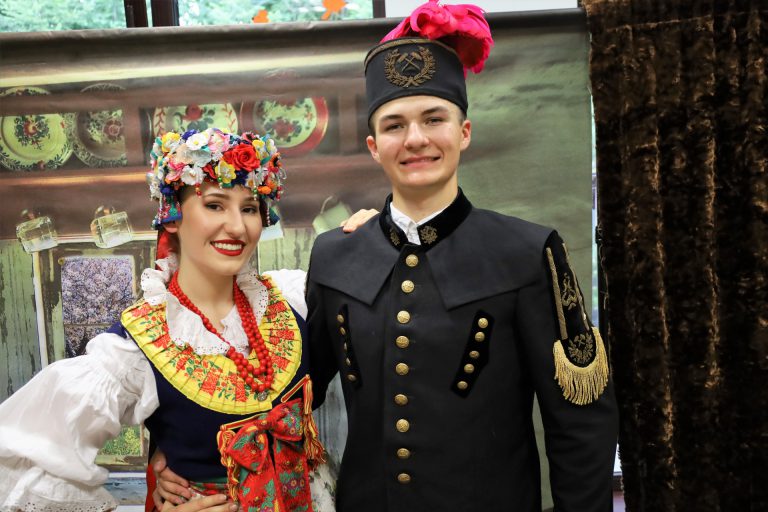