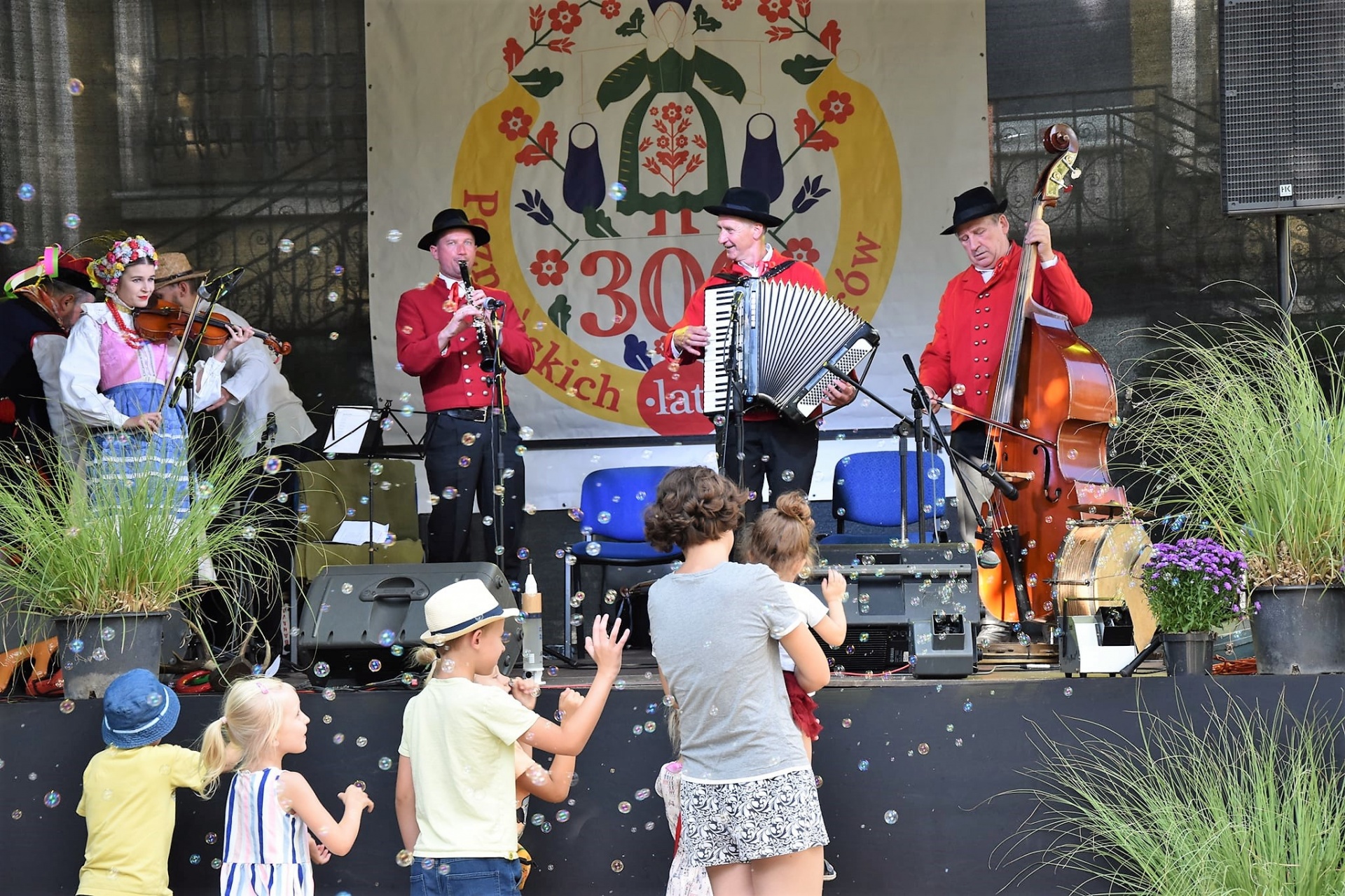 On August 7-8, the Bamberg  Festival was held in Poznań, annually organized by the Poznań Bamberg Society to commemorate the anniversary of signing the first contract between the city and the settlers who came from Bamberg.

This year, the “Wielkopolanie” Folk Group performed for the first time on the stages of Poznań, promoting folklore not only from Poznań but also from other regions of Poland.

On Saturday afternoon, a Picnic with Bamberka took place in Park named afet Bambrzy Poznańscy. Games, fun, competitions and dances with the large audience introduced the inhabitants to the old times, life and traditions of the Poznań Bambers.

The main event on the second day of the celebrations was the Bamberg parade that passed through the streets of Poznań. The parade was attended by settlers from Bamberg, representatives of the most famous Bamberg families, actors and teams introducing viewers to the world of the 19th century city. The Bamberg procession returned to the museum, where further celebrations were continued with the music of the “Wielkopolanie” band. A fruit and vegetable fair was organized, as well as the sale of country bread,  pastry; you could eat “pyry z gzikiem”, “rumpuć” or a piece of bread with tar and screamers. There are contests of the Poznań dialect, as well as scribing and hacking, carrying water in traps suspended on slopes, drawing competitions for children, incl. for the most beautiful drawing of Bamberka. Bamberki in festive costumes accompanied the whole event, delighting everyone with their clothes and often posing for photographs. 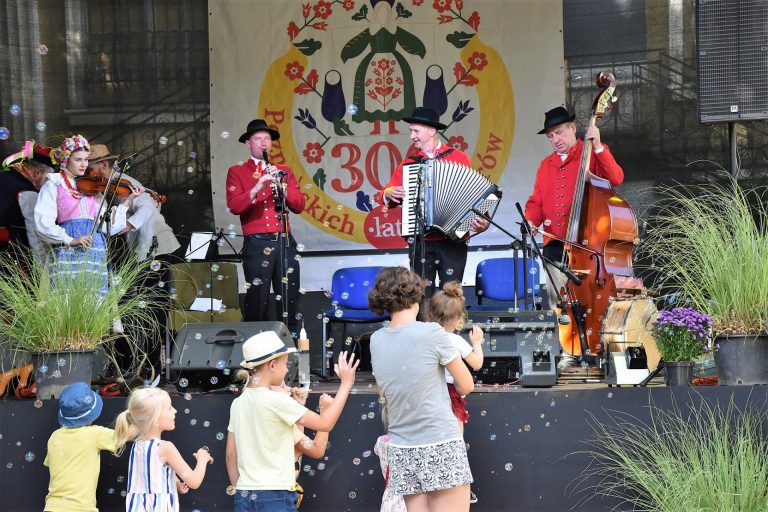 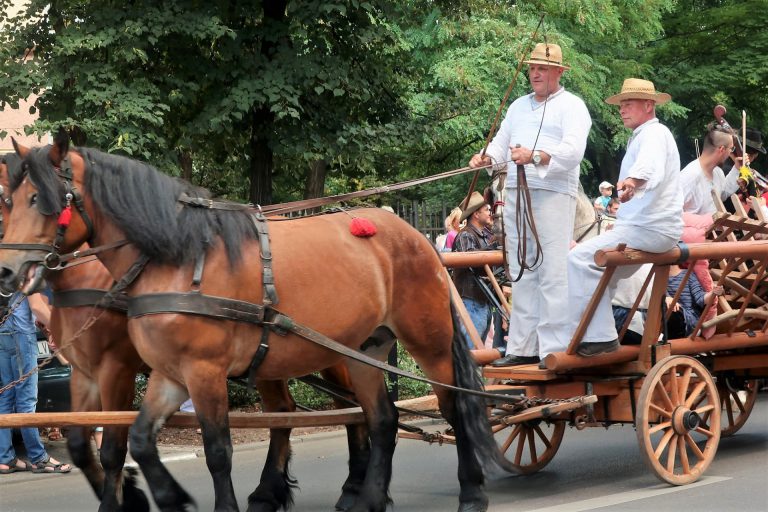 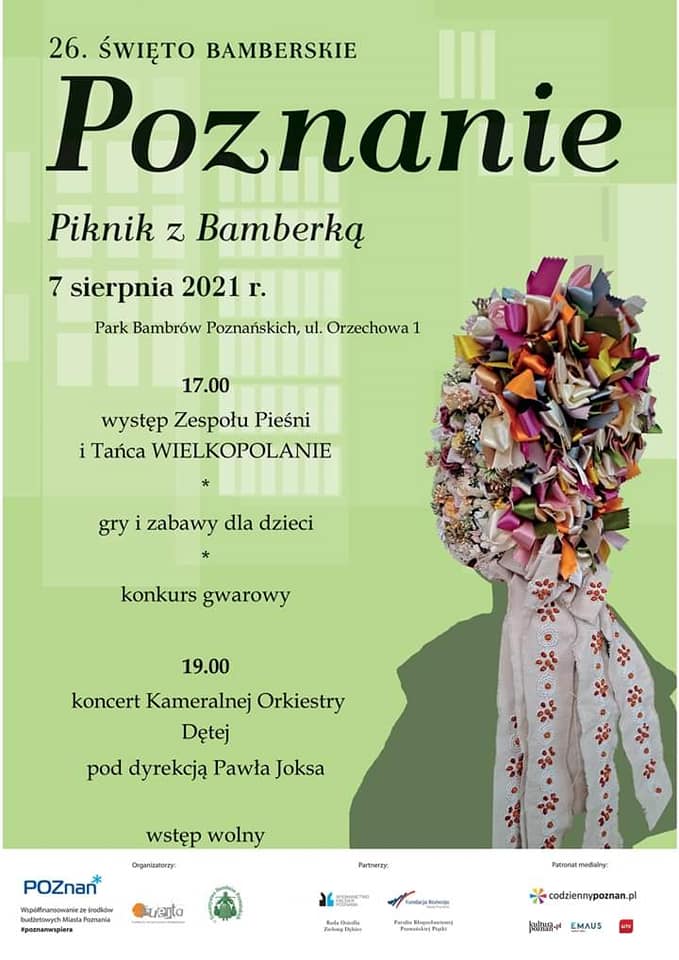 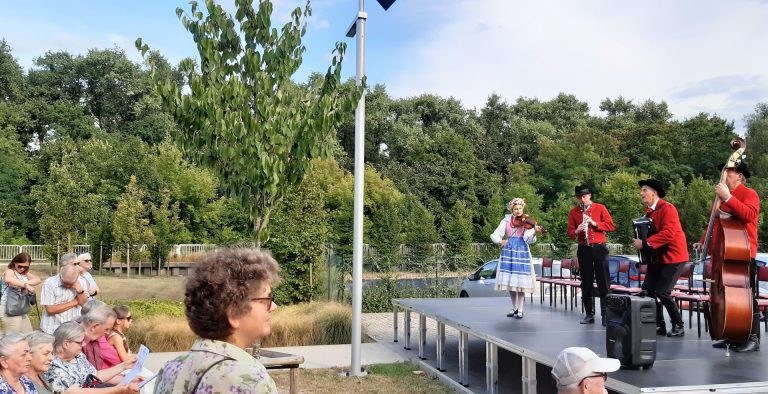 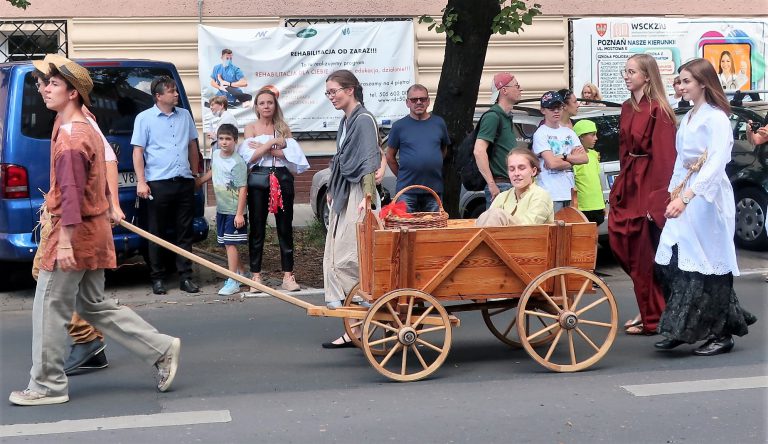 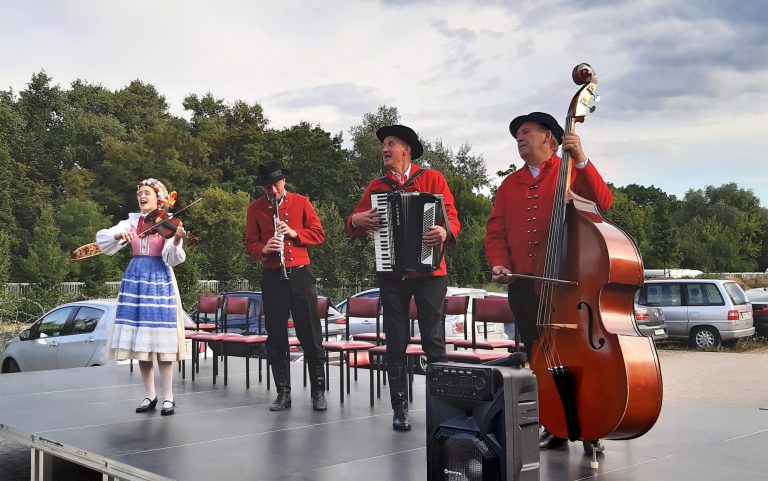 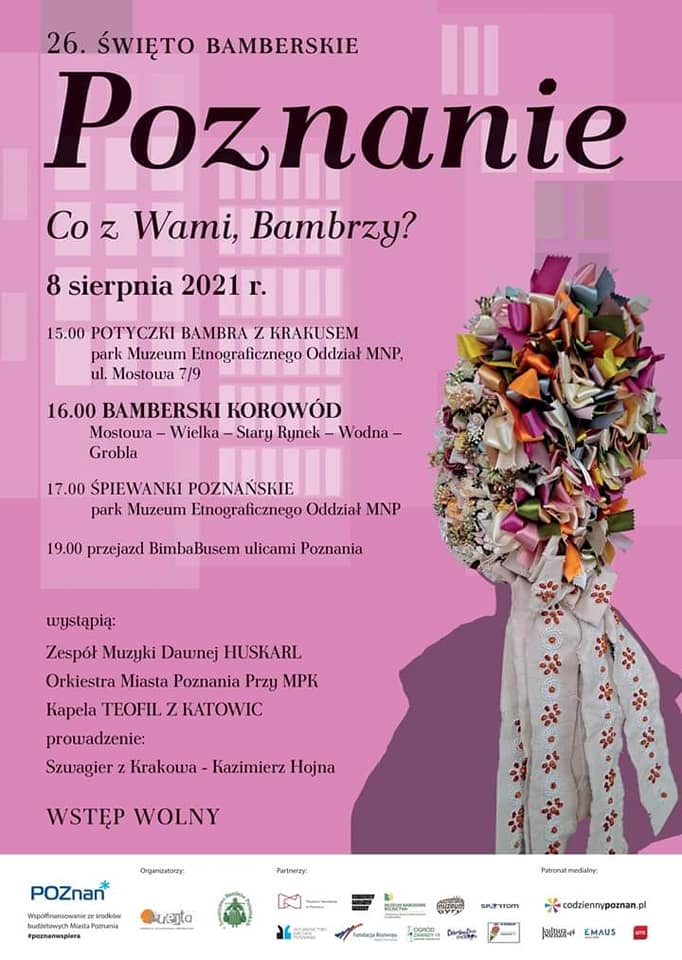 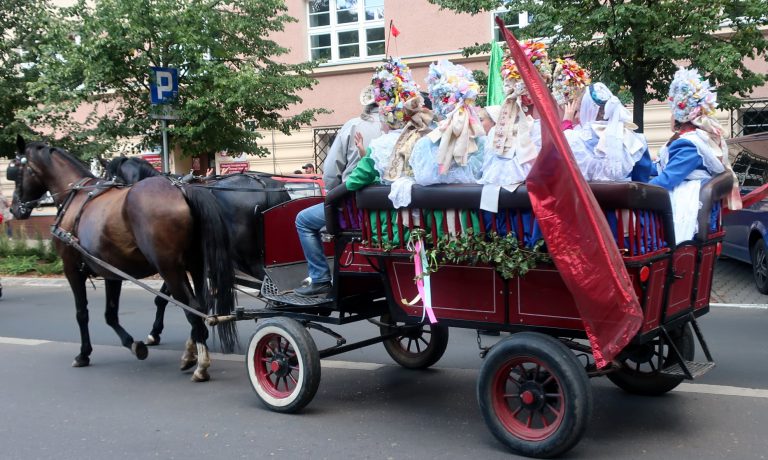 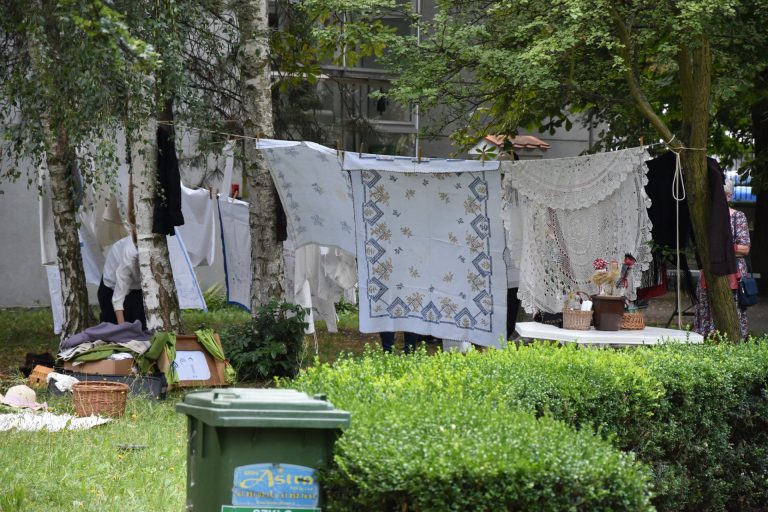 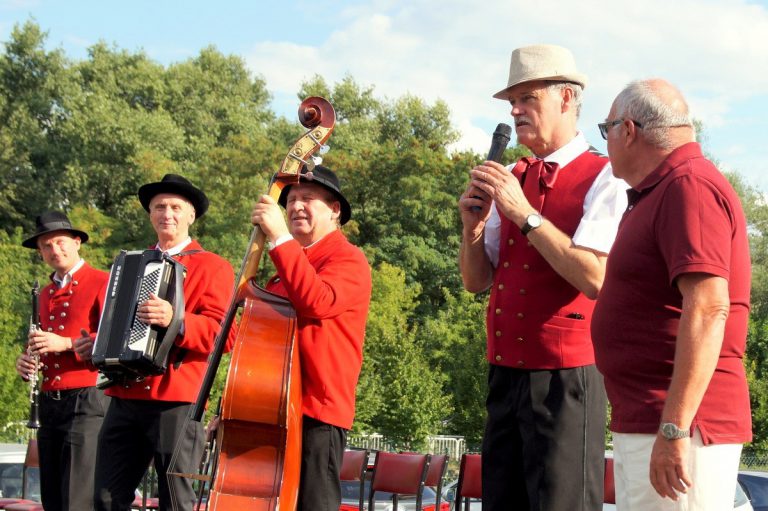 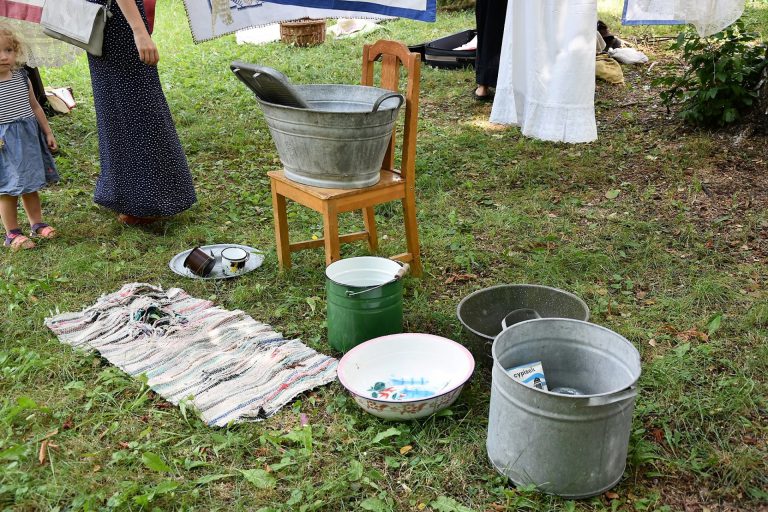 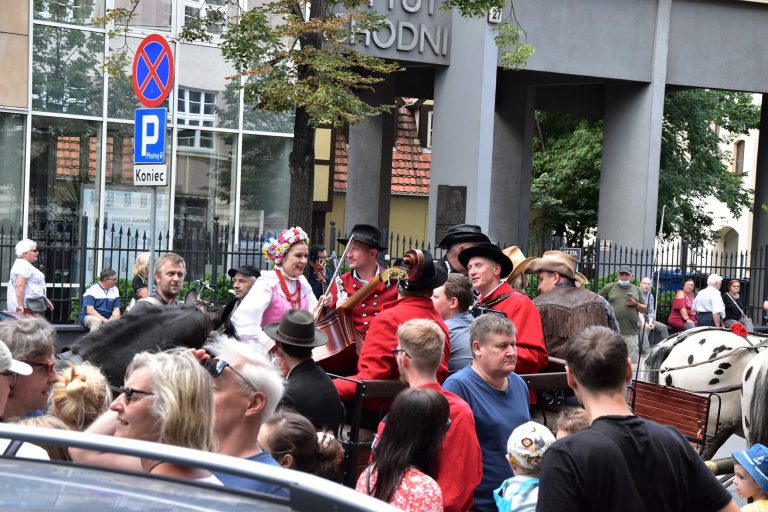 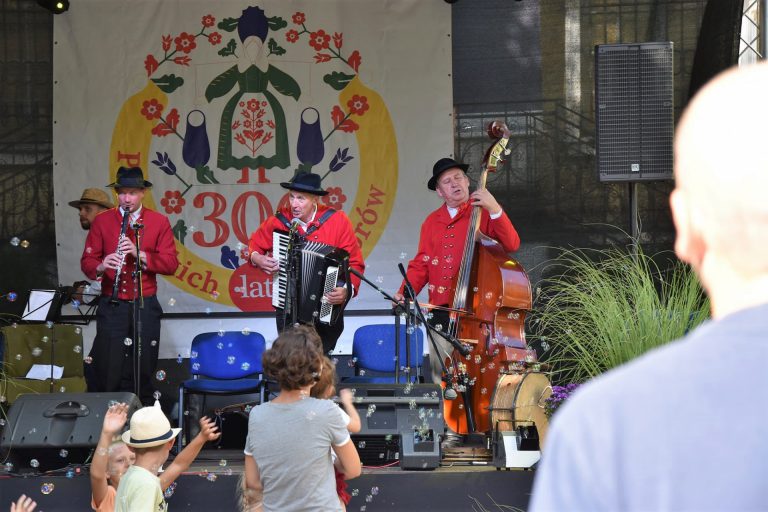 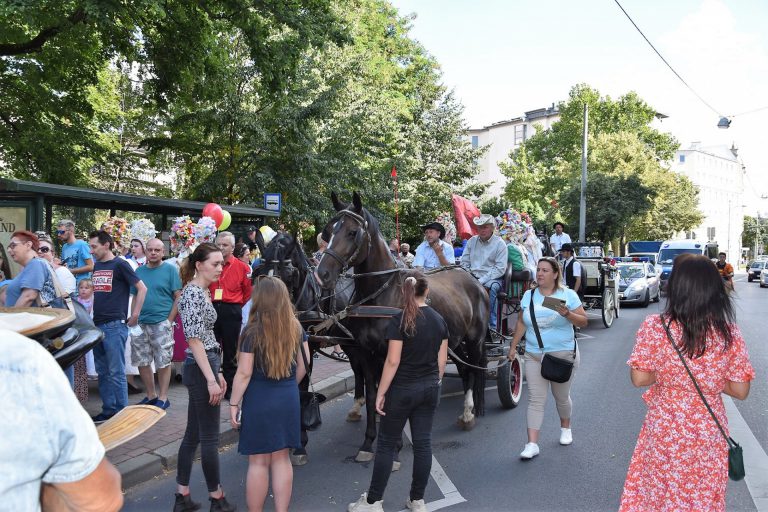 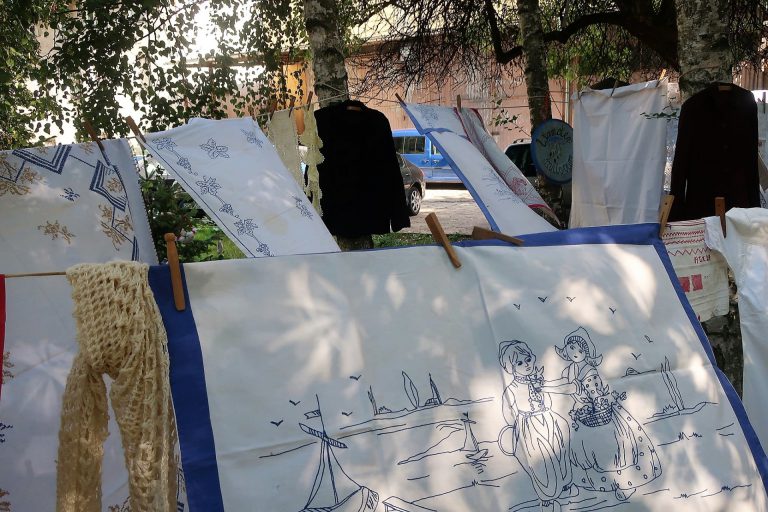