The folk dress of immigrants from Bamberg is another outfit which developed in the 19th century in Wielkopolska, in Poznań and the surrounding villages to be exact. It was an outer manifestation of the autonomy of the Bamber community – a cohesize ethnographic and social community of German peasants who immigrated to Wielkopolska from the region of Bamberg in Upper Franconia (Bavaria) and since 1719 started to settle down in Luboń, Dębiec, Rataje, Jeżyce, Wilda, Winogrady and Żegrze. The clothes worn by the representatives of the Bamber community, in particular women’s folk clothes, were a symbol of a certain social-cultural uniqueness of this group. The folk dress which was at first modest, in the second half of the 19th century changed into a rich impressive outfit full of decorative pieces. It had characteristic style know as Bamber style. It is important to emphehasize that the folk dress of Bamber immigrants which occured in Wielkopolska was developed just here, in this area, in the villages surrounding Poznań – it was not the folk dress brought by settlers from Bamberg.

Maid’s outfit
Each outfit of a Bamber woman was a kind of a decorative display.The basic elements of this outfit were, as in the case of any other festive outfit, a watówka, a bottom spódnik, a shirt, and a sznurówka.Although a dress consisted also of a kaftun and a dyrdok, it was a distinguished by light colour and was sewn from white or creamsilk with a fine multicoloured floral pattern. Tulle decorative accessories, a kreza, an apron and a shawl decorated with elaborate embroidery, were naural and necessary supplement of the outfit. The shawl was formed into a triangle crossed in the front on the chest and then they put the ends at the back and tied. In the place where the ends of the shawl crossed women pinned small decorative bouquets of artificial flowers. The most important disinguishing feature of the outfit was kornet. This specific headgear, a kind of decorative bonnet which was not used in other folk dress of Wielkopolska was worn only during exceptional ceremonies. To put it simply the cornet was a construction 23cm length, made of cardboard, wire and decorations such as artificial flowers, glass balls, ribbons, different kinds of tapes and tissue paper.In the back cornet was richly decorated with bowknots made of shiny stiff ribbons, usually white, yellow, blue, and pink in colour. Those ribbons were called wiatrowki. On the neck women wore red coral necklaces. 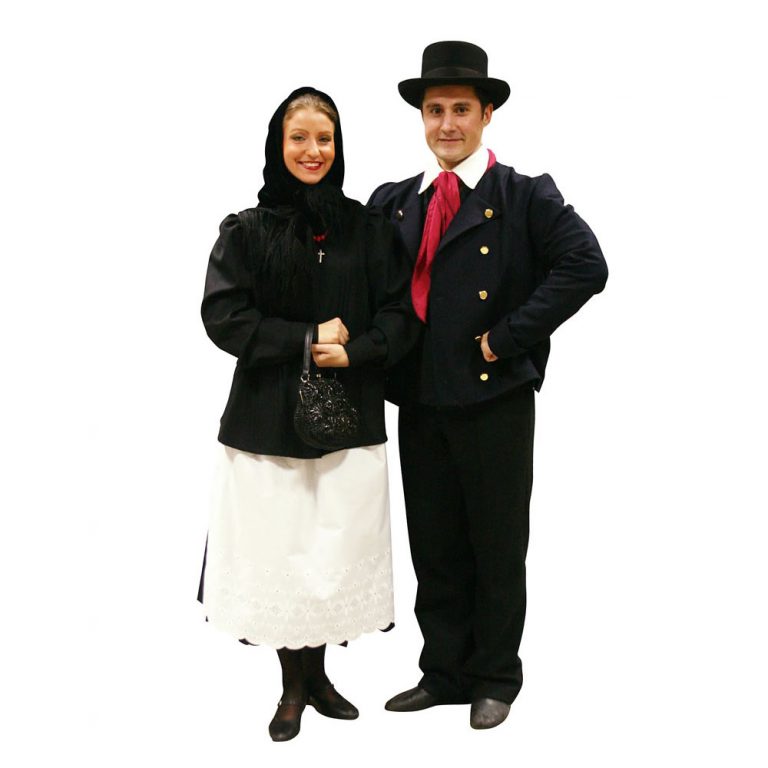 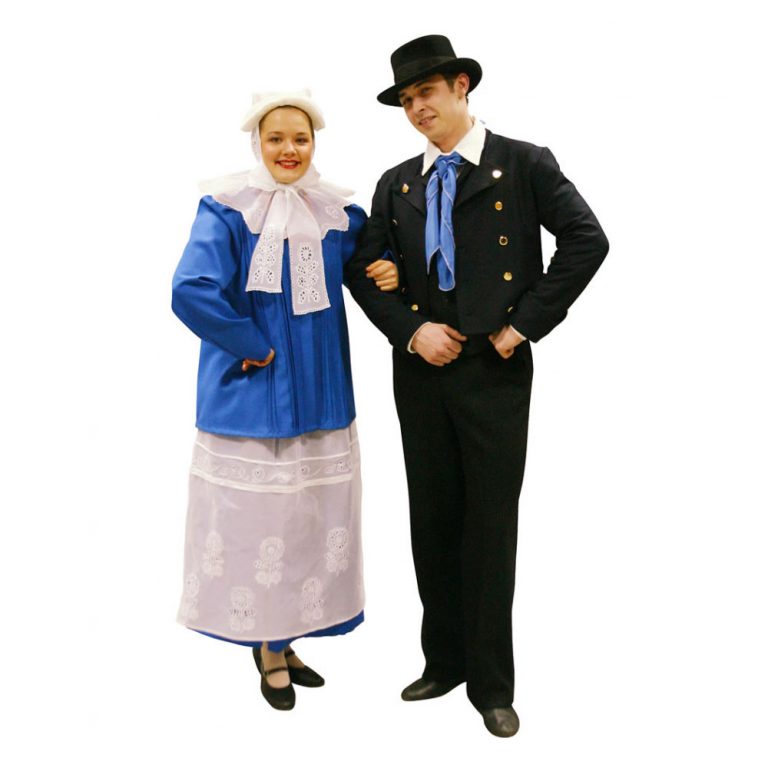